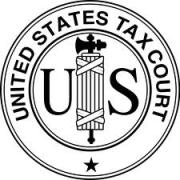 Santos earned a bachelor’s degree in accounting [from Indiana University (Bloomington)]. In 1990, he began working as a tax-return preparer. In 1995, he became an “enrolled agent”, a person authorized to represent taxpayers before the IRS. In 1996, Santos earned a master’s degree in taxation [from San Francisco State University]. He began offering other services to his clients, including accounting and financial planning.

At some point Santos enrolled in law school [John F. Kennedy University College of Law]. He was attending law school in 2010. During that year, he paid tuition and fees of $20,275. He graduated from law school in 2011. In July 2011, he took the California bar examination. ... In December 2014, he was admitted to the State Bar of California and admitted to practice before the U.S. Tax Court.

Whether Santos is entitled to a deduction of $20,275 for his law school tuition and fees remains at issue. ...

Section 1.162-5(b)(1), Income Tax Regs., provides that two types of educational expenses are not deductible. One type is expenses for education that is part of a program of study which will lead to qualifying the taxpayer for a new trade or business. ... The regulation gives the following example of the expenses of this type: “A, a self-employed individual practicing a profession other than law, for example, engineering, accounting, etc., attends law school at night and after completing his law school studies receives a bachelor of laws degree. The expenditures made by A in attending law school are nondeductible because this course of study qualifies him for a new trade or business.” Id. subdiv. (ii), Example (1). Courts have held that a law degree qualifies a law student for a new trade or business (the business of being an attorney) and that thus the cost of a law degree is a nondeductible educational expense as set forth in the regulation. ... Therefore Santos’s law school tuition and fees are not deductible.

@Orlando Gotay,
Does this means an unlicensed law graduate can't deduct expenses in pursuing an LL.M and Enrolled Agent certification?

As a supplemental comment: This presumes the attorney is actually engaged in the trade or business of the practice of law.

Expenditures in pursuing an LL.M. in Tax (tuition and books), once already having been lawfully admitted to the practice of law, meets the test. (They also took care of my CLE those years, a nice bonus).

I respectfully disagree with you. An LLM to a practicing attorney, enhances her practice. She remains in the same job and profession. What if a schlepper three bill retail theft lawyer line me decides to squander my life away at Big Law. I obtain an LLM in Environmental Law and Polluting the Planet. I have enhanced my career as an attorney. I would be able to put Mrs. Carswell into that '09 Camry she has her eye on. Deductible, Yes. In my view. Its not a new job or profession for me. Maybe I have a better CPA than you.

@ Anonymous. Generally an LL.M is deductible if you are licensed and have engaged in the business of the practice of law. This further education is usually characterized as enhancing one's skills in a current trade. Deductability would be denied if you only possess a JD.

Kind of makes sense. My CLE is deductible. If I attended cosmetology school to learn how to "represent" beauticians, that would be disallowed.

Is an LLM deductible then if you already have a JD?