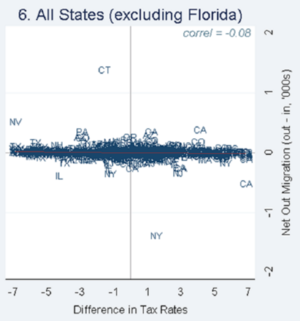 A growing number of U.S. states have adopted “millionaire taxes” on top income-earners. This increases the progressivity of state tax systems, but it raises concerns about tax flight: elites migrating from high-tax to low-tax states, draining state revenues, and undermining redistributive social policies. Are top income-earners “transitory millionaires” searching for lower-tax places to live? Or are they “embedded elites” who are reluctant to migrate away from places where they have been highly successful? This question is central to understanding the social consequences of progressive taxation. We draw on administrative tax returns for all million-dollar income-earners in the United States over 13 years, tracking the states from which millionaires file their taxes. Our dataset contains 45 million tax records and provides census-scale panel data on top income-earners. We advance two core analyses: (1) state-tostate migration of millionaires over the long-term, and (2) a sharply-focused discontinuity analysis of millionaire population along state borders. We find that millionaire tax flight is occurring, but only at the margins of statistical and socioeconomic significance. 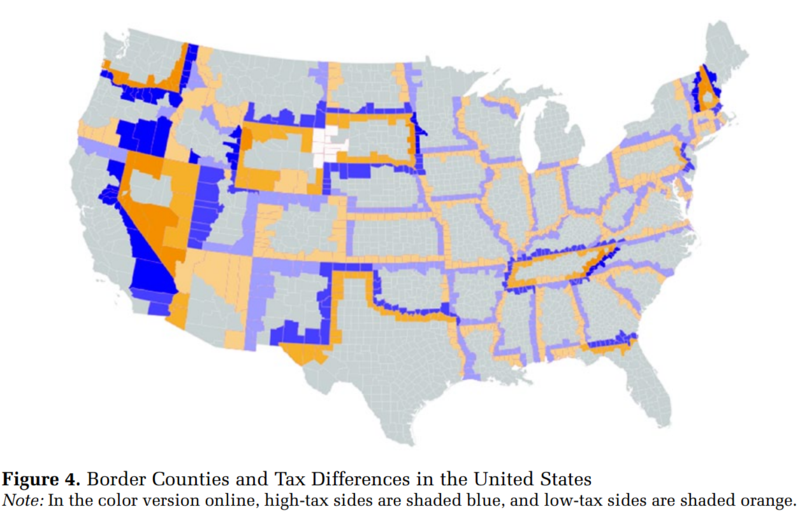 Does anyone else wish this had been published in some top econ journal as opposed to a sociology journal, so we can have a better idea what the peer review process was like?

I resent being called a "fool." I am a cheap, schlepper lawyer belting out a lonely tune, like a Fiddler on the Roof.

Many years ago I sat next to Smokey Robinson on a flight from Las Vegas to Houston. Great conversation and he is truly one of the nice guys. Towards the end of the flight, I asked him why he lived in Las Vegas instead of LA; he looked at me and said, “I thought you said you were Dr. Tax?”

There are numerous ways to cast the claim “there has been a noticeable outmigration from high-tax states into low tax states” into one that becomes a narrow straw man ready for “de-mystifying”. Millionaires (especially dual career couples) for whom earned income is a large percentage of income, whose work ties them down to such high-tax states, and who may already be structuring some of that comp as long-term deferred comp with a 10+ year payout, face more balanced set of incentives and disincentives to move. And why make the claim “require” that millionaires respond to high state income taxes by moving (essentially) as soon as they begin to earn the big bucks, instead of, say, within a decade of paying the punitive taxes, upon retirement, etc.

Interestingly, taking the study at face value poses some challenging questions for state income tax progressives: If millionaires are not moving, then is it a whole lot of middle income tax payers who are? This may include thier children and grandchildren. If state income taxes offer such negligible effective disincentives to move (and work in the high tax state), that would be another argument for eliminating its deductibility from federal income tax purposes (at least for millionaires)? (And think of doing the same for property taxes above a certain level.) And if it all boils down to milder temperatures, then a bit of global warming may not be so bad after all.

Dear Captain. Many people I know here in NJ will move when they retire just to lose our insane property taxes. I know two who went to North Carolina (not next to bean field) and saved over $10,000 on property taxes alone - and got a nicer, newer home for 60% or less than their NJ home, pocketing over $200k for their retirement. A little more than "a few sheckles" fool. Of course moving is always a challenge.

Also, major companies have problems moving employees to (for example) the NY metropolitan area because high housing costs leave them poorer even after a raise. Your argument seems to be that high costs - taxes, real estate - have no effect on people's behavior.

Your reasoning assumes one variable. Money. It's not binary. Folks live where they find work, near family, tolerable weather, cultural interests, landscape, beauty....some even move where the fee an emotional connection. Money maybe one consideration. Who wants to live in North Dakota near a bean field....because they save a few sheckles a year?

Yet another study tailored for deceptive news headlines, i.e "Myth Refuses to Die."

Millionaires aren't stupid. If they're free to save substantially by moving, they will. Just keep in mind that most aren't free. They must live in a high-tax state such as NY to earn that income. They're not retired. They're still earning. What matters is what they do when they're free to move. That's when the money moves.

The same is true of those working in high-tax states that also pay high union wages to state and local government employees. The workers stay for those high wages, but when retirement comes, they move to low-tax states with milder climates and a lower cost of living. Not only are those costly retirements threatening state budgets, the money gets spent in low cost-of-living states, where it adds to a low-tax state's tax base.