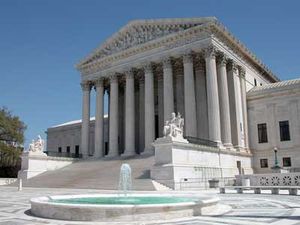 Publications and citations are essential to the research academic. They help separate experts from novices in a given field. They provide metrics for universities to gauge the quality of their professors’ scholarship. In legal scholarship there is a particularly meaningful measure that distinguishes law from other disciplines: citations in published opinions. Supreme Court citations to law reviews convey the importance of an article to a particular area of law.

Interestingly, of US News’ top ranked law schools the only top ten school not captured in this list is UC Berkeley (California Law Review). Non-top ten law schools that make this list include Georgetown and Texas.