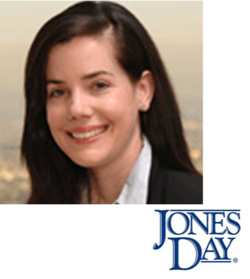 I’ve seen a lot of articles lately about the difficulties at large law firms with retaining female attorneys, the so-called “leaky pipeline” in Biglaw. To me, as a female associate at a large law firm, the solution is simple: women need to help other women. If you know another woman has your back, you stay. If you don’t have that support, you leave. Also, giving back to other women when you can is important.

I have three stories on this from my life. ...

My first story is about how another woman helped me break into BigLaw in the first place.

I met Elizabeth while interning at a public interest organization during the summer after my first year in law school. She was a busy associate at a large law firm who volunteered in her spare time. She oozed confidence and charm. I was a shy, somewhat awkward law student with a chip on my shoulder about my unranked law school [Southwestern] and my weird artsy background. We could not have been more different. But we both cared deeply about our shared client, a homeless mom and her two-year-old son, and got along well because of that connection.

It was a tough summer for me. In addition to working long hours at the internship, I was trying to secure a BigLaw job for the following summer. I faced a lot of rejection. I would get so nervous on interviews. I had a bad case of imposter syndrome. I worried about my background as a documentary filmmaker and whether those skills would translate to practicing law.

I confided all this to Elizabeth. She told me she saw my background as a plus. She was very encouraging and said she would put a word in for me at her firm and told me to apply. She also suggested I make a film documenting the journey of our client and her son as they transitioned to more stable housing. I was surprised but happy to use my film skills as an advocacy tool. For the rest of the summer, whenever we met with the client and her son I shot footage, which I edited at night into a five-minute documentary telling their story. At the end of the summer I presented it to the entire public interest organization, including the executive board.

True to her word, Elizabeth did put in a good word at her firm and a few months later they called me in for interviews. Many of the attorneys I met at the firm had heard about me from Elizabeth. It made talking to them so much easier and I was comfortable in my skin the whole time. A few days later, Elizabeth called and told me I got the job. To this day, I am grateful for her support and encouragement. ...

My third story is about connection.

After a period of feeling disconnected and somewhat lost at work (and frankly in life), I was staffed on a case with Ann, a young partner I hadn’t worked with before. I immediately felt a connection with her. We’re both moms. We’re around the same age. But she is more senior in the profession and had forged an enviable path in a tough practice area.

Right away Ann treated me like she knew I could get the job done, even though the case was challenging and in an area of law that was new to me. None of this seemed to faze Ann, so I went all in.  There were a lot of late nights and long weekends. I felt energized again at work, but like the most terrible mom to my two kids. My daughter took it especially hard. At bedtime she started demanding one of my sweaters, preferably one I had worn recently that “smelled like Mama.”  My husband sent me a picture once of her sleeping wrapped up in the sweater, and though it was really cute it also made me really sad because I wasn’t there.

Energized and sad. That was my state of mind as we entered the final phase of the case. We were in a city far from home prepping for the final hearing. It was late. I was about to FaceTime my kids for bedtime when I was summoned to a hotel conference room and told to bring my laptop.  I came down and found the whole team in a state of agitation. We had just been served with a last minute request seeking documents from the client. We needed to get a letter on file with the judge immediately. Everyone had been working nonstop for days and was exhausted. People were yelling out things for me to put in the letter and I furiously typed and tried to keep up with them.

Twenty minutes later they had all left to get some rest and it was just me and Ann. The letter was  a disaster. I didn’t understand half of what they wanted to include or the underlying strategy. I was supposed to circulate a draft right away but it was a mess. I’m sure that Ann was tired too and wanted to get to bed herself but she saw the look of desperation on my face. “Let’s do this together,” she said. And we did. We sat there just the two of us and got it done.

As we were finishing up, Ann’s cell phone rang. It was her son on FaceTime. She hit the button on her phone and held it in front of us, her son’s face filling the screen. “Hi Momma,” he said, smiling at Ann. Then, seeing me, he asked, “Who’s that girl sitting next to you?” Ann laughed and said, “That’s Rachel, my friend.”

I have a lot of good memories from that case, but none of it means as much to me as that moment did. That’s what I mean about women helping other women. Those moments, even in stressful situations, when you connect with someone and you know that they’ve got you, and everything is going to be okay. It’s why I’m still here.

Those poor children. Why bother have kids at all if you'd rather be out of town up all night, working on something you won't even remember in a few years?

If you picked A, congratulations. You are a hard core feminist.