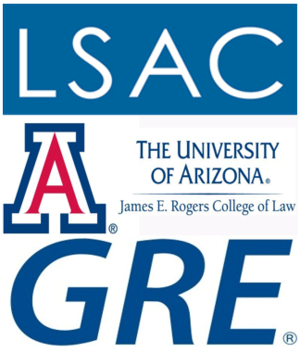 Following up on Sunday's post, The Empire Strikes Back: LSAC Threatens To Expel University Of Arizona Over Use Of GRE In Law School Admissions: Letter, From 148 Law School Deans to LSAC President Dan Bernstine (May 3, 2016):

We write as law school deans to express our great concern over LSAC’s threat to expel the University of Arizona Law School because it experimented with using the GRE as a small part of its admissions process. Experimentation benefits all of us. We all expect to learn from the University of Arizona’s experiment and it should not be punished by LSAC.

Most importantly, we strongly urge that the Board of Trustees allow the University of Arizona to remain a member of the Council. Expelling it for this is unwarranted under the existing rules and sends a terrible message to law schools about experimentation in the admissions process. Also, as deans at ABA accredited law schools and members of the LSAC Council, we urge the LSAC Board of Trustees to modify the provision of LSAC Bylaws Article I, Section 1, which “requires that substantially all of its applicants for admission” take the LSAT. The rule should be changed to allow experimentation with alternative tests.

If the LSAC Board of Trustees goes forward with its threat to remove the University of Arizona Law as a member, we hereby invoke the authority under the By-Laws to request a special meeting of members of the Council. The By-Laws require that this be set and noticed 10 days after the action of the Board of Trustees. Article I, Section 7.

This is a matter of great importance to us as law school deans. We appreciate the LSAC’s consideration of our views.

David Yellen (Dean, Loyola-Chicago), Should LSAC and the ABA Demand Fealty to the LSAT (Or Any Other Test)?:

There are many problems with LSAC's threat against Arizona, but I will simply mention three:

An LSAC spokeswoman took issue with the deans’ letter. In a comment Wednesday to Law Blog, spokeswoman Wendy Margolis said, “We have received the letter, but want to emphasize that our inquiry to the University of Arizona Law School was a request for clarification on the law school’s new policy, which we had only learned about through media reports. To characterize this as a ‘threat’ is unfortunate.”

She added that LSAC’s board plans to discuss the issue Friday at its regular meeting and that “We can assure our members, and everyone in the law school community, that we are taking all perspectives into account as we consider these issues.”

If the LSAT-maker moves forward with its plan to boot Arizona Law, the deans say they plan to request a special meeting of members of the council, as allowed under the organization’s bylaws.

Above the Law, Law School Deans Fight Back Against The Tyranny Of The LSAT:

When 148 law school deans all come together to say something, you’d better listen — especially if you administer the Law School Admission Test. ... There are lots of reasons to be opposed to the way the LSAT is administered, particularly when compared with the GRE: it is still on paper, inconveniently scheduled, and has little motivation to change with the times. LSAC has managed to consolidate quite a bit of power in the law school admissions game, and they are not looking to share that anytime soon. ...

I understand the deans’ reaction to the heavy-handed way LSAC handled the situation, but I think it is important to consider the repercussions on the legal industry. ...

Opening up law school to students who are not motivated to take the LSAT opens up the number of students who may unwittingly sign up for three years of staggering debt against the backdrop of a wilting job market. Or students who are not prepared for the academic rigor of law school. Being a lawyer is a crappy “back up plan” for a career. It costs too much, there aren’t enough jobs to go around, and the industry is overdue for fundamental changes to its business model. If you really want to be a lawyer, even knowing all this, then godspeed, I truly wish you the best. But if you are considering it because you are floundering at life, and what the hell you already took the GRE in case you wanted to apply to a PhD program in experimental theater design, then do not go. It isn’t a good idea. Making it easier for undecided or unmotivated students to go to law school because, eh, what the hell, isn’t good for the long-term health of the profession.

Which, of course, doesn’t mean schools should blindly follow the lead of LSAC. If this whole scuffle leads to some honest conversations about the law school process and what is best for law schools, law students, and the profession as a whole, then maybe it is for the best.

Memo to the ABA:

Draft revised reporting requirements that collect GRE scores and LSAT scores for each incoming student now, before the rush. Be sure to include space for both in the Standard 509. If this many law schools are willing to buck LSAC this way, it is only a matter of time before use of the GRE in place of, or in addition to, the LSAT is the norm.

They all pretty much agree that if you didn't go to one of them for law school, you aren't prestigious, I mean smart, enough to teach at any of them.

When's the last time you saw half of the vaunted T14 agree on anything?

If i'm not mistaken, LSAT's scores are currently converted into percentile figures for purposes computing the selectivity component of the law school rankings. GRE scores can also be converted to percentiles and folded in in the same way, to compute an overall "median test scores."

Request GRE scores in future questionnaires and add them in, so that schools will be discouraged from taking in GRE scores that are not in line with the LSAT medians they hope to maintain. Penalize schools that won't report GRE scores by estimating the number of students that entered without an LSAT and compute the overall median giving those folks a 0 Percentile. Problem solved. Have at those GRE's law schools...

U.S. News must be growing really tired of the ever evolving law school rankings shenanigans...

So even though nearly 3 in 4 law schools have signatories to this letter, a quick glance reveals that only 7 of the Top 14 law schools bothered signing it. Then again, they don't need to, uh, "experiment" with GRE applicants.

I bet LSAC wishes it could take back its "no connection between the LSAT and bar passage" statements now. Hey, lsac, you aren't thick as thieves with the scammers after all.

The parallels between car dealers (car salesman) and law school admission practices are striking and telling. True Car is a consumer orientated buying service that leveled the playing field against the mysterious sleaze ball pricing tactics of car dealerships. It got their data and exposed real prices. It also told you which dealers not to purchase from. Dealers hate True Car. The hated the real time data. Consumers finally had some power. LSAC plays the same role as True Car. Its the law schools that now "hate: LSAC. Why? They want to hide the ball.

I bet you anything this goes very similar to the "school funded" jobs. As soon as us news and aba takes them into consideration for ranking purposes- they disappear.

The posters above totally miss what this is about. This is about one thing and one thing only: getting students with low LSAT scores/less preparation/lower intelligence into law school, take their money (guarantee these aren't the students getting merit scholarships) and don't take the US News hit that becoming Cooley 2.0 normally entails. So to pretend this is isn't the worst kind of rent-seeking done soely to profit on students they must know are bar exam and career risks is about as noble as what a used car salesman does.

That is a very strong show of solidarity by the law schools. Perhaps they read my comment where I explained that the LSAT is killing law schools by disqualifying low scoring candidates and empowering high scoring ones. What we have here are two bloated beasts going at each other in a fight to maintain revenue streams. At the end of the day, all the law schools really need from LSAC is to centralize the application process, and I have a feeling they can reinvent that if necessary. The LSAT will be an optional exam at the majority of schools within 5 years.