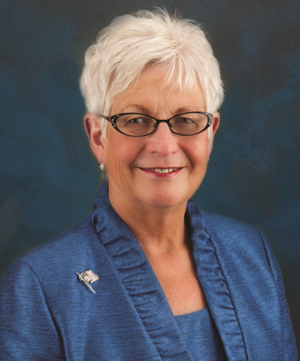 Pepperdine President Andy Benton and Provost Rick Marrs today announced that our wonderful Dean Deanell Tacha is extending her five-year term to continue serving through our ABA Re-Accreditation visit in Fall 2016 and will retire on December 31, 2016:

Deanell Reece Tacha, who has served as dean of the Pepperdine University School of Law since 2011, will retire on December 31, 2016. Deanell will continue her tenure at the School of Law during the American Bar Association accreditation process through fall 2016.

The first female dean of the School of Law, Deanell came to Pepperdine prepared to confront the challenges facing legal education, including a crippling debt crisis and an often unreliable job market. In her five years at the school, Deanell tirelessly raised money for student scholarships to assist with rising tuition costs, traveled cross-country to advocate for post-graduation job placements for Pepperdine Law students, and built relationships with leading legal scholars and thought leaders to develop a more robust faculty. She also led the effort to fully remodel the school to dramatically improve the 40-year-old facility.

Committed to developing the next generation of ethical leaders and preparing new lawyers for the rapidly changing demands of the employment market, Deanell led the 2014 launch of the Parris Institute for Professional Formation at the School of Law dedicated to the professional development of first-year law students.

Often serving as the first or only woman in positions in both the public and private sectors, Deanell opened doors of opportunity for women in the law. Prior to her tenure at Pepperdine, she served as a circuit judge on the U.S. Court of Appeals for the Tenth Circuit from 1986 to 2011 following an appointment by president Ronald Reagan. She served as chief judge from January 2001 through 2007.

She returned to the University of Kansas (KU) where she served as associate professor at its School of Law from 1974 to 1977 and as professor of law from 1977 to 1985. She served as associate dean from 1977 to 1979, as associate vice chancellor for academic affairs from 1979 to 1981, and as vice chancellor for academic affairs between 1981 and 1985. In 1992 Deanell received the KU Alumni Association's Fred Ellsworth Medallion for extraordinary service to the university and received its most prestigious award, the Distinguished Service Citation, in 1996. In January of 2010 she was named "Kansan of the Year" by the Native Sons and Daughters of Kansas.

A national search for her successor will begin in August 2016, and an interim dean will be appointed in the near future.

Pepperdine University is grateful to Deanell for five years of leadership and commitment to advancing the mission of the School of Law. We wish Deanell and her family all the best in this new journey.

It has been a joy to get to know Deanell over these past five years as a colleague, associate dean, and next door neighbor. I consider her a dear friend and will always be grateful for all she has done for me professionally and personally.

Professor Caron, level with us: does everyone call her Dean Dean? I really hope they do!