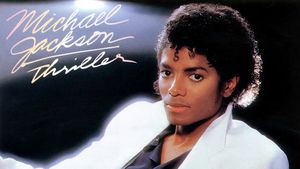 Of all the befuddling legal matters in the entertainment business, there's perhaps none that causes attorneys to scratch their heads like the battle between Michael Jackson and the Internal Revenue Service over what the late entertainer should be paying in estate taxes. In the years after his death in 2009 at age 50, Jackson has experienced a commercial rebirth thanks to the savvy executors who have managed his assets. The 2009 documentary This Is It grossed $261 million, a Cirque du Soleil tribute show packs in fans, and there have been albums, video games and other lucrative memorials. Now the IRS wants its share, claiming the value of Jackson's name and image upon death amounted to more than $434 million. The estate's own valuation? Just $2,105.

That's a huge discrepancy, and even that difference undersells the stakes. With interest and penalties, lawyers estimate the case — set for trial at a Los Angeles tax tribunal in 2017 — could be worth more than $1 billion. Some tax specialists even wonder if it could lead to criminal tax evasion charges. The outcome could impact celebrity estate planning. "This is the biggest estate tax case I've ever seen," says attorney and tax specialist Gary Wolfe.

Given that, it might be surprising to learn the Jackson reps have little idea about what to expect in the case. Speaking publicly about the IRS battle for the first time, Howard Weitzman, the estate's lead attorney, says both sides haven't exchanged much information and the IRS hasn't explained how its independent auditor determined the huge valuation. Executors John Branca and John McClain have overseen a remarkable turnaround, wiping out Jackson's debt and making enough revenue to generate about $100 million in tax payments already. But Weitzman estimates that Jackson earned no more than $50 million from the licensing of his name and image when the pop star was alive, even during Jackson's Thriller heyday. "It seems preposterous that the IRS would arrive at a value 10 times this amount," he says. "This is bizarre."

And importantly, what matters most for tax purposes is the value of Jackson's name and likeness at the time of his death — not now, after his executors have worked their magic. "Michael Jackson had no merchandising deals then," says Weitzman. "Only after we began the resurrection and This Is It did things begin to change. The IRS says, 'You should have known about the documentary.' That's like [saying] we should have known he was going to die." ...

Wolfe speculates the IRS could be interested in rebutting the estate's position that Jackson's likeness held no value at the time of his death by showing interest from AEG and others. "Who were the corporate sponsors?" asks Wolfe. "This is a total clusterf— that makes zero sense. You're telling me that Jackson's name was worth less than a bottle of expensive wine?" ...

Weitzman thinks this is a "once in a lifetime" case, but others aren't sure. If the IRS wins, it likely will pursue other celebrity estates that have increased in value. The business of commercializing dead stars has boomed in recent years as publicity rights have expanded and technology such as holograms and CGI has allowed the dead to live on in entertainment. For that reason, those with the ability to profit from their fame should start preparing — or they will sock their heirs with a huge tax bill.

Can't wait for your follow up with Prince's estate. Rumor is that he died intestate, the administrators of his estate will really have a job to do.

Regarding the criminal tax evasion charges, who exactly would be charged and potentially serve prison time since MJ is no longer with us? His estate planning attorney or financial advisor, maybe? His accountant? This is certainly a different world of taxes.

It is sickening to realize that the estate of a probable pedophile like Michael Jackson could be worth over $400 million. Rank societies throughout history by their decadence and I suspect we'd come out near the top. The others collapsed. We're likely to suffer the same fate.

It seems ghoulish, but one can't really dispute the fact that pop stars are often worth more after they die. Elvis was one of the first to prove this. On the other hand, the IRS needs to account fairly for the investment of time and money needed to realize the potential value. Graceland didn't build and promote itself, and Elvis's ghost didn't do it either.