Marquette To Fire Tenured Professor For Blogging Unless He Apologizes 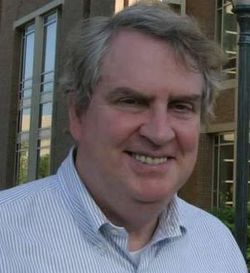 Blogging can be dangerous to your livelihood—or at least it can at Marquette University, where a professor may lose his job for expressing the wrong political views.

In November 2014 an undergraduate approached philosophy instructor and PhD candidate Cheryl Abbate, after a class on John Rawls’ theory of equal liberty. The student said he objected to her suggestions during the class that same-sex marriage isn’t open for debate and that “everyone agrees on this.”

Unknown to Ms. Abbate, the student recorded the exchange on his cell phone. During the conversation, she told him “there are some opinions that are not appropriate, that are harmful, such as racist opinions, sexist opinions” and if someone in the class was homosexual, “don’t you think that that would be offensive to them if you were to raise your hand and challenge this?”

When the student replied that he has a right to argue his opinion, Ms. Abbate responded that “you can have whatever opinions you want but I can tell you right now, in this class homophobic comments, racist comments and sexist comments will not be tolerated. If you don’t like that you are more than free to drop this class.” ...

Mr. McAdams wrote on his blog that Abbate was “using a tactic typical among liberals now. Opinions [in this case, with which they disagree are not merely wrong, and are not to be argued against on their merits, but are deemed ‘offensive’ and need to be shut up.” His blog went viral, and Ms. Abbate received vicious emails. She has since left Marquette.

But now Marquette is going after Mr. McAdams. In December 2014, the school sent him a letter suspending his teaching duties and banning him from campus while it reviewed his “conduct” related to the blog post. “You are to remain off campus during this time, and should you need to come to campus, you are to contact me in writing beforehand to explain the purpose of your visit, to obtain my consent and to make appropriate arrangements for that visit,” Dean Richard Holz wrote.

Marquette President Michael Lovell told the tenured professor that he would be suspended without pay and would not be reinstated unless he admitted his conduct was “reckless” and apologized for the unpleasant emails Ms. Abbate received.

All of this seems contrary to Marquette’s Faculty Handbook section 306.03, which says professors may be terminated by the university’s discretion only for “serious instances of illegal, immoral, dishonorable, irresponsible, or incompetent conduct.” The handbook says that “in no case” may just cause for dismissal be interpreted “to impair the full and free enjoyment of legitimate personal or academic freedoms of thought, doctrine, discourse, association, advocacy, or action.”

Mr. McAdams told Mr. Lovell this week that he won’t participate in the “compelled speech” demanded by the university by April 14 in exchange for reinstatement. This is more a test of Marquette and its ostensible free-speech principles than it is Mr. McAdams.

Joe C.,
Well said. Check out Professor Melissa Click from the University of Missouri. Professor Lubet on the Faculty Lounge Blog had several interesting posts about her. Both of these professors are using a third party as their own platform and agenda. Both owe a duty to their your charges as a teacher and advisor, not to get mixed up in the scrum.

Prof. McAdams is mixing up issues and trying to "win" popular support to his cause. It is not an issue of freedom of expression but rather about prudence, something it appears McAdams lacks. I think everyone needs to understand that one's freedom should not curtail someone else's rights. In this case McAdams' actions have deeply hurt another. If McAdams is truly the "great guy" he claims to be, he would have handled it like a gentleman by talking directly to the persons concerned and not by blogging about it. After all, it concerned a student instructor. The way McAdams has gone about clearly shows that he has an axe to grind and is only using this incident to have "his way".

Marquette, a private institution that created a tenure policy and then chose not to follow it, will make this gentleman a more wealthy man when he easily, successfully sues them on contract grounds.

Prof. McAdams is not an at-will employee. He is a party to a contract with Marquette. Both of them are subject to the terms of that contract.

Since this blog refreshes so quickly, I have to continue here with my private employer distinctions. Wheaton College fired a professor for embracing Islam. They will not be sued. Contrast that with the University of Illinois that revoked an offer from an Native American Studies professor when he tweeted Anti-Israel messages. U of I paid thousands to settle with him. U of I is a STATE institution.

Thanks for painting my comments with the good old Nazi brush. I prevailed as soon as you played that card. Marquette is a private, at will employer. Our US Supreme Court made that distinction long ago between a government regulating and restraining speech and a private employer. Private employers may regulate the speech of their employees. Employees are regularly fired for that.....

Captain Hruska Carswell,
"Free speech in the work place is not an absolute. There are many limits."

Got a text from Josef Goebbels today from the Ninth Circle of Hell. He says, "I fully agree with the Captain. Couldn't have said it better myself."

Continuance King - you need to specify that were referring to Ms. Abbate when you wrote "This is not an expression of academic freedom. This is an example of a professor imposing his values on his young charges." BTW - you got the gender wrong.

What the university is doing is exactly what the professor blogged about.

....must have hit the wrong button, apologies if duplicate....

Firing a professor for free speech is the logical conclusion of the very sad story of once proud and famous Marquette. Many may recall the sad story starts with a flurry of woe and PC when they changed from the Marquette Warriors....

I find this story deeply troubling. I think Marquette and its president are completely in the wrong here. I'm glad the professor is standing his ground and that alumni groups are supporting him.

This is not an expression of academic freedom. This is an example of a professor imposing his values on his young charges. This was not a "conversation." Big difference. He is no different than Professor Melissa Click, who asked for "muscle" during a student protest. Both need to grow the hell up. The University is where they work, not their personal forum. Free speech in the work place is not an absolute. There are many limits.

Odd, i've always thought an apology was worthless unless it was sincere. One that's coerced by a threat of firing is hardly that.

Silly me. I thought we were living in a free society and that universities were particularly zealous to defend freedom of speech, thought and belief.

My youngest got into Marquette for fall 2016 and I am glad she isn't going. I don't want to give my money to a place that has no respect for academic freedom.

Seems like if Professor McAdams really was to be fired he could find a lawyer and end up owning a large enough percentage of Marquette to enable firing President Lovell.

Might be interesting should the Pope decide to visit Marquette campus. I suppose he'll be allowed to come so long as he refrains from hate speech such as opposing gay marriage.

To Mr. "Continuance King" above: segregation, slavery and Nazis were facts at one time too. I think we're all great full that people still thought there was something to talk and even fight about.

I'm sure there are plenty of attorneys in the Miwawkee area who would be willing to take Prof. McAdams breach of contract case. It sounds like it would settle on Day 1.

It's too bad Northwestern University doesn't have the same stones to fire electrical engineering Professor Arthur Butz, Holocaust denier. Why is gay marriage even an issue for discussion? Its a right, a FACT and there is really nothing to discuss.

I guess I should no longer be surprised when I read these stories. His comments seem quite benign but, I guess, since the underlying issue involves debate over same-sex marriage all dissent must be quashed even at a "Catholic" university.