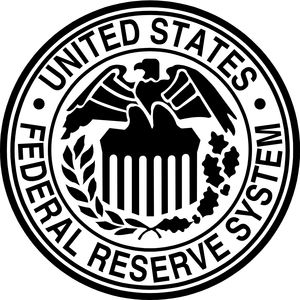 The Democratic presidential candidates want the wealthy to pay a lot more in taxes while the Republican candidates say they think everyone, very much including the wealthy, should pay less. That disagreement has been at the crux of America's rapid-fire budget-related crises, from the near-default in 2011 that sent the stock market reeling, to the automatic, arbitrary budget cuts that Congress keeps having to partially lift.

Here's a solution: Congress should give up the job of setting tax rates altogether.

Politicians in general want to spend but don't want to tax — even Democrats are gun-shy below the top 10% — and they usually do a poor job of both when it comes to managing the ups and downs of the economy. As a result, we often end up with big deficits even in relatively good times (as in the late 1980s and the mid-aughts). And this leaves us with less flexibility, even if only politically, to stimulate the economy when it tanks. In modern times, politicians have not been able to raise taxes much either to shrink the deficit or to help pay for expensive military engagements like the Iraq War, let alone social programs.

Congress should therefore delegate setting the level of taxes to, say, the Federal Reserve.

The Fed is already charged with controlling the money supply in pursuit of stable inflation and full employment. Giving the Fed control over tax rates would mean that it would have another tool in its arsenal to help achieve those objectives, while better matching taxes to Congress' spending over time.

Under this arrangement, lawmakers would instruct the Fed to set tax rates as necessary in order to pay for Congress' spending and manage federal debt sustainably over time, achieve Congress' desired level of progressivity (Congress would have to specify how much higher top tax rates should be than bottom rates — because that is a value judgment that only Congress can make) and promote full employment and stable inflation. In good times, taxes might rise a little in order to help pay down our debt, while rates could go down a bit when the economy needs an extra spark. ...

We give the Fed the power to control the money supply precisely because politicians can be so willing to spend and so unwilling to tax that they are tempted to print money to make up the difference. We just haven't perfected the division of labor. The same reasons legislatures don't do a good job with monetary policy also apply to questions of taxing and borrowing.

By taking the endless fighting about taxes out of the realm of politics, at least to some degree, both parties might be able to focus on the fundamental question at the heart of the partisan divide: What do we want government to do, given that taxes are necessary to pay for it?

Our institutions must be failing. Various people seem to be grasping for non-democratic replacements, from taxation without representation to the authoritarian Trump.

Are you out of your mind? The Fed? The unaccountable to the people Fed?

Despite the brush off the article gives it, I'm pretty sure that there's a serious non-delegation doctrine problem with this idea.

Not only taxation without representation- but taxation brought to you by a highly political, but completely unelected private banking cartel. If you don't like the tax system now, just wait until the group that brought you the last several business cycles controls fundamental democratic processes as well.

Taxation without representation. What a great concept.

This idea is so bad it's unbelievable. Let's let a cabal of unelected super important elites set our tax rates.

Oh, it will be wise, and thoughtful, and what's best for you, don't you worry your pretty little head.

Just get to work making money for big brother and big sister like a good little serf.

The Fed already decides/controls what our tax rates will be. It's called inflation.