IRS Building In Washington, D.C. Closed Today Due To Fire 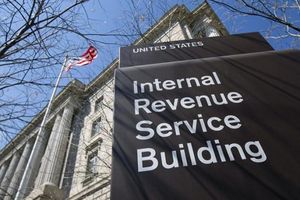 A small fire forced the evacuation of the IRS headquarters in Washington, D.C., on Monday.

Spokesman Terry Lemons told The Associated Press that the fire started in the basement around 3:30 p.m., and created a lot of smoke — forcing the building to be evacuated. The Washington Post reports:

The building closed about 2:45 p.m. Monday, before the fire started, "due to electrical issues with the air-conditioning system," an IRS spokesman said. He said that about 2,000 people work there and that "a few hundred" were still in the building when the fire broke out.

There were no injuries and the cause is being investigated.

The building will be closed on Tuesday because it doesn't have full electricity.

The fire will not affect processing of tax returns, which is done elsewhere, officials told The Washington Post.

Glenn 'Instapundit' Reynolds had an interesting quip about the fire…..

TOO BAD SOMEBODY DECIDED TO STORE GASOLINE AND OILY RAGS IN THE SAME ROOM AS THE SUBPOENAED HARD DRIVES. ACCIDENTS HAPPEN! IRS Building In Washington, D.C. Closed Today Due To Fire.

And I'd add that they put up a sign saying….