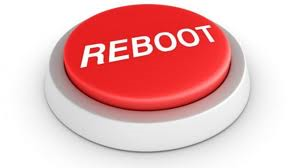 Everyone knows that hidebound law schools have been too slow to respond to changes in the market and technology. ... [M]aybe the program at Syracuse and a similar one at Mitchell Hamline Law School are good news? Is any change good change?

Keep the champagne corked for now. First and foremost, both programs cost the same as attending in person. And yet they will be radically cheaper for the law school to operate, especially once the first round of technical bugs are worked out. Law school’s most glaring weakness is its cost. Law school tuition has outpaced inflation since the 1980s, and has continued its staggering rise even since the market for lawyers and law school attendance have cratered since 2008. According to the non-profit advocacy Law School Transparency, there are fourteen different law schools where the total cost of attendance tops out at over $300,000! Syracuse’s tuition for 2016-17 is $46,460 and Mitchell Hamline’s is $40,570. It will likely be cheaper for students to live at home and work during law school, but until online law schools start passing on their savings to the students I will remain skeptical.

Second, the online program sounds like law school light, consisting mostly of canned videos with some limited interactivity. Given that online schools must be asynchronous time-wise to maximize student benefits, live interactions with faculty or other students has to be minimal. Many students find law school classes boring live, and I can’t imagine simply recording them will help. And of course some studies have shown that online students learn less and are more likely to quit.

So why is Syracuse making this move? As currently described, it looks largely driven by falling enrollment and a need for increased revenues. [Syracuse shrunk its entering 1L class by 33% from 2015 (252) to 2014 (169), before increasing to 189 this year]. Law school is badly in need of a reboot. Unfortunately, the online options we’ve seen so far appear to be more of the same.