Alm Presents Whither The Tax Gap? Today At NYU 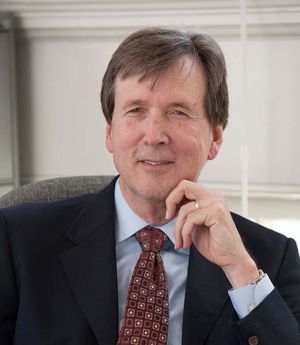 James Alm (Tulane) presents Whither the Tax Gap? (with Jay Soled (Rutgers)) at NYU today as part of its Tax Policy Colloquium Series hosted by Daniel Shaviro and Chris Sanchirico:

For decades, policy makers and politicians have railed against the “tax gap,” or the difference between what taxpayers are legally obligated to pay in taxes and what they actually pay in taxes. To close the gap, Congress has instituted numerous reforms, with varying degrees of success. Notwithstanding these efforts, the tax gap has largely remained intact, and, if anything, its size has gradually grown over the last several decades.

However, the tax gap may well begin to whither away, if not immediately then over time. Three developments will help narrow the tax gap’s size. First, the ubiquity of credit cards, debit cards, and smartphone payment apps has purged cash—the erstwhile driving engine of the tax gap—from its use in many economic transactions. Second, the availability of third-party sources of information, combined with the universal use of computerization to store, access, and analyze information, has made the use of tax information returns much more feasible in a variety of contexts, often eliminating a taxpayer’s ability to hide income here in the United States or overseas. Third, broad economic trends such as concentration and globalization have generated a workforce dynamic in which taxpayers generally are employed by large business enterprises (where individual tax compliance is fairly high) rather than traditional mom-and-pop businesses (where individual tax compliance is typically low).

The implications associated with a lower tax gap are vast. Even beyond the usual considerations associated with greater tax compliance (e.g., increased revenues, reduced noncompliance-induced inefficiencies, and improved horizontal and vertical equity of tax burdens), taxpayers will experience a shift in the labor market and an adjustment in the prices paid for consumer goods and services. Also, rather than conducting audits and deterring noncompliance, the Internal Revenue Service (IRS) would be able to dedicate a greater share of its limited resources to other pressing agenda items, such as assisting taxpayers in their compliance endeavors.

There are, of course, other economic trends that may counter the forces that will act to reduce the tax gap. Also, for a whole host of reasons, especially reductions in IRS funding, the tax gap will not be closed anytime soon. Nevertheless, the tide against tax noncompliance may finally be turning