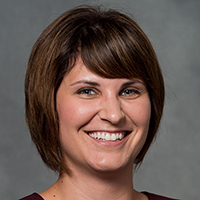 Scholarship on the role citizenship should play in taxation frequently focuses on the appropriate regimes of international and domestic tax governing citizens and noncitizens, addressing whether residence or citizenship-based taxation is more equitable and administrable. These questions, while important, only partially address the connections between citizenship and taxation. The recent Supreme Court decision in Kawashima v. Holder makes evident the breadth of this gap in the literature.

In Kawashima, the Court broadened the scope of tax crimes that may constitute “aggravated felonies” under the Immigration and Nationality Act. An individual convicted of an aggravated felony becomes “removable” regardless of how long she has been in and had legal status as a resident. Even before Kawashima, the link between tax and citizenship (or its denial) was strong — for example, §1101 of the INA identified willful tax evasion, defined by § 7201 of the Internal Revenue Code, as an aggravated felony. In a similar vein, courts regularly found that non- or underpayment of taxes qualified as a crime of moral turpitude that could lead to removal. In short, not paying your taxes frequently closes the door to citizenship. But does paying taxes open the door? Should it? Drawing upon social theory on nation-building and citizenship, this Article explores the link between taxes and citizenship. This Article argues that tax law plays a direct role in constructing citizenship by codifying performative citizenship in the tax concept of resident alien and an indirect role through the tax-immigration nexus and collateral consequences of noncompliance with tax laws. This Article then makes preliminary proposals to reflect this new understanding of tax law’s role in the making of a citizen.