Brown:  A Top Law School Will Close In 2-4 Years 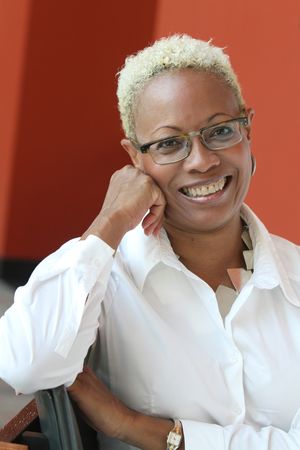 Following up on my previous post, Law Schools Are in a Death Spiral:  Forbes: Which Top Law School Will Close? Follow The Money, by Dorothy A. Brown (Senior Advisor to the Provost and Tax Professor, Emory):

This has been a bad couple of weeks for law schools. Last Tuesday, Thomas Jefferson Law School won the dubious distinction of being the first law school to go to trial to defend its employment statistics. Last Wednesday we found out that the dean of the University of California at Berkeley Law School was being sued by his Executive Administrative Assistant for sexual harassment and has since resigned. Yesterday, the 2017 US News and World Report ranking for law schools was officially published. That brought more bad news: Duke is no longer top 10, and Emory and Minnesota have been bumped out of the top 20.

Primarily, the law school would have to be hemorrhaging a lot of money over a sustained period of time with no end in sight. Not just a one-time deficit, but millions of dollars in deficits over a sustained period. ... What we do know is every top 20 law school but three (Stanford, Penn, and Washington University at St. Louis) is facing a shrinking applicant pool. Yale applications are down by 13%, Harvard by 18%, Columbia by almost 25%, and Chicago by almost 20%. Fewer applicants lead to smaller entering classes with the median loss of 5%.  All but two (Duke and Berkeley) had decreases in their first-year enrollment. One outlier on both measures deserving of additional scrutiny is Minnesota’s Law School. Between 2011 and 2015, Minnesota had the largest application decline of any top 20 ranked law school—at 50%. Minnesota also had the largest entering class decline—approaching 30%.

Last year the University of Minnesota Law School was tied for 20th place according to US News & World Report rankings.  This year they have fallen and are in a three-way tie for 22nd place with Emory and Notre Dame. ...

Given Minnesota Law’s 50% fewer applications, it was faced with a choice: shrink class size by keeping applicant quality high (as measured by US News to mean GPA and LSAT) or maintain or even grow class size, while lowering applicant quality.  The former strategy is likely to generate a deficit, due to the loss in tuition dollars from the smaller class size. The latter strategy is destined to lower Minnesota’s US News ranking because it will admit students with lower than normal GPA and LSAT scores. With the support of Minnesota President Eric Kaler, Dean David Wippman chose the former strategy.

Dean Wippman explained his strategy to cut class enrollment: “We made a conscious decision in order to maintain the caliber of the student body, the quality of education, and frankly to keep our ranking high.” That strategy led to smaller entering classes. For the Fall of 2014, Minnesota reported enrolling 180 students instead of the 220 students they had in 2013. Given that Minnesota’s ranking fell two points, you might say the strategy was ineffective. But that the 2 point drop could have been much worse. So even if Minnesota can say we are doing relatively well, the question remains at what cost?

Minnesota’s strategic decision resulted in large deficits. The extent of which recently came to light. Between 2012 and 2015, President Kaler put his money where his mouth was to the tune of $12.45 million dollars in transfers to the Law School to cover their operating losses. Between 2016 and 2018, Dean Wippman projects needing an additional $3.683 million. Then he says by 2019, he should need no additional funds.  Funny thing is, in December 2015, Dean Wippman was appointed President of Hamilton College in New York. He won’t be around if his projections don’t come true.

Seventeen percent of Minnesota’s budget comes from state support—do the taxpayers know what’s going on? How can Minnesota justify spending $16 million of taxpayer supported University funds for a law school that reaches fewer and fewer first-year law students? More importantly, what about the current top 20 law schools (or those just outside)? Minnesota has pursued a strategy similar to other top law schools: Berkeley, Cornell, UCLA, and USC have first-year enrollment declines approaching 30% with Virginia’s approaching 40%. How are their finances? We don’t know.

I’m doubling down. In 2 to 4 years, a University administration will shut down a top law school and we may never see it coming.

Of course we will see it coming because generally top law schools are part of universities that adhere to the AAUP principles on tenure which require due process. In particular, there must be a condition of financial exigency. That often requires a very public process involving faculty outside the law school working with the administration to make such a call. Many universities have been able to balance losses at their law schools with increasing enrollment in other departments thus limiting the basis for a conclusion of financial exigency. The motivation to declare exigency is constrained as well by the implications it might have on a university's credit rating and reputation. These constraints and the potential for support from other units may be more than enough to ride out the current downturn. Recent increases in LSAT test takers as well as applications/applicants suggests a bottom to the cycle has been reached.

Boy, I don't know. As long as there is no-questions-asked full federal financing of graduate degrees, it's going to be a slog to convince university admins that things will be bad for so long that the deficits will run forever. Might A law school close? Probably. A top law school? I doubt it. The mostly likely scenario for law school closure is as follows, IMO: Congressional Republicans, spurred on by neoliberal think tanks and negative stories about high-earning lawyers and such floating on IBR plans, repeal PAYE, PSLF, and/or GradPLUS. I firmly believe that Sallie and similar will step into the void to give no-questions-asked private lending as they did before 2006 (and since the loans are nondischargeable AND securitized, where's the risk?), but now with increased employment transparency, 0L's blanch at the prospect of financing attendane at Expensive Nonelite Law School X, to come out on the other end with a 50% or less chance of landing FT/LT/license-required employment at any salary but with a 100% chance of a four-figure monthly student loan payment. And of course in a private loan and/or no PSLF near-future, public service careers will be impossible to piece together. So enrollment at Expensive Nonelite Law School X plummets and the school goes under. Short of that, though... I have trouble seeing universities seeing such a midnight of eternal deficits that they shut down their erstwhile ATM machines.

Nah. All due respect, but Prof. Brown's financial projections miss the point that over the long term from the central university's perspective, the revenue generated by a prestigious law school far exceeds the short-term revenue loss. And once you shut the school down, it's not like you can suddenly reopen it when the market for enrollees turns around. The downturn would have to be projected to last an extraordinarily long time - much longer than 5, 10, or probably even 15 years - to make shutting it down more economically beneficial than keeping it going.

And that's even putting aside alumni and public blowback, prestige, lawsuits, etc.

It's funny how "Rob T." has taken to using me as a strawman even in threads where I have not been present. Of course, the danger of straw-manning is that you can be proven wrong. To wit, I also do not see any top law schools closing barring major structural changes in both the federal and private student lending markets. But thanks for thinking of me, Rob.

Where is Dr. Michael Burry when you need him?

I'm doubtful, as I explained at Credit Slips when Thomas Jefferson didn't close even after it defaulted on its bond debt. It TJSL didn't close then, I'm unconvinced that Minnesota, Berkeley, Cornell, UCLA, or USC are going to close now.

Law schools have proved resilient in terms of their continuing life. I predicted four or five years ago that something like twenty schools would close but unless the federal loan system is altered significantly that seems unlikely. But there is another way to look at this. While institutions are clearly resistant to closure US law schools have shrunken dramatically to the tune of collectively being 45,000-50,000 law students smaller than six or seven years ago. At 750 students per law school on average this represents the equivalent shedding of something like 55 schools. When we add to this the fact that law schools have admitted considerably higher numbers of lesser qualified applicants and experienced a substantial decline in the most highly qualified applicants over that same period we can argue that qualitatively law schools have sold their moral, professional and intellectual souls in a desperate struggle to stay in business. This is not admirable behavior. So it probably doesn't mean much that law schools have remained in place rather than shutting their doors but it is a sad commentary on the system itself.

I am not sure one will close but, obviously, they should.

I think UC Irvine will shut its doors. They must be bleeding money like crazy with all the scholarship cash they give out to their tiny student body. They have made a rankings-obsessed, hugely expensive gambit, just at the time when perspectives are caring less about rankings and more about employment statistics and cost.

Within two years, they will have to open the floodgates and take in far less qualified students. At that point, it will become hard to even compete with the UC Hastings and Santa Clara's of the world, as at least with those schools you know what you are getting.


"They have made a rankings-obsessed, hugely expensive gambit"

Rankings obsessed is right. Go to their website, and the first things that pop up are a bunch of slides on ranking nonsense, followed by a slide imploring folks to "apply now." It is excessive and embarrassing to a degree that is unbecoming of an institution of higher learning (most of which are rankings crazy to some degree).

It is almost as if the law school (a.k.a Erwin) is going overboard to justify its existence to the higher ups or something. Strange...

Since when is someone's GPA or standardized test score an issue that implicates anyone's "moral, professional and intellectual souls."

It doesn't take all that much brain power to be a lawyer, unless you're a tax lawyer or maybe doing something related to derivatives.