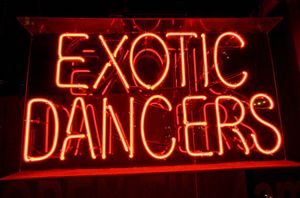 In 2009, Internal Revenue Service (IRS) Special Agent Daniel Wright opened an investigation on Fairchild and her husband. Agent Wright discovered that Fairchild and her husband had not filed income tax returns since 2004. Agent Wright obtained records from Fairchild's two primary bank accounts dating back to January 1, 2005. These bank records showed that a number of large cashier's checks had been deposited into her accounts. Specifically, there were 37 deposits of checks from David Karlen totaling $1,103,647.84. Fairchild's accounts reflected another six checks totaling $50,000 from Paul Pietz deposited into two main accounts in 2008. The bank records also showed $210,348.39 in total cash deposits from 2005 to 2008.

Agent Wright interviewed Fairchild about her tax returns on July 13, 2011. During that interview, Fairchild explained "that she actually thought all of the money, that every single cashier's check she received from Mr. Karlen was a gift, but that she had reported some of it to take some of the tax burden off of him." To determine how much income to claim, Fairchild told Agent Wright that she "ballparked" the amount. In the same interview, Fairchild also claimed that the money from Pietz was a gift and that he had told her that he reported the gift on his income tax return. Even though $30,000 of the money from Pietz was included as income on her 2008 income tax return, Fairchild maintained that it was really a gift that her accountant had mistakenly included as income.

At trial, Fairchild explained that in addition to the money that she earned dancing on stage, she also made money off stage in private rooms at the exotic dancing clubs or off the premises. Fairchild testified that she gave private dances to both Karlen and Pietz and maintained that these private dances never included sex.

Fairchild also testified that Karlen "knew everything about me financially." According to Fairchild, she asked Karlen for money for constructing her home, paying bills, getting breast implants, and paying college tuition, and Karlen would provide the funds. She considered it all a gift. Fairchild testified that she thanked Karlen for the money that he "gifted" her by giving him free private dances.

Fairchild admitted that she did not file income tax returns for 2005 through 2008 until 2010, but she claimed that the delay was due to problems that she experienced during the construction of her new home. She claimed that when she met with her accountant in 2010 to prepare her tax returns, she decided to claim some of the gifts from Karlen as income to benefit him, so that he did not have to pay the taxes on all of it. To determine her income over the four years, she "decided that any time [she] spent with David [Karlen], anything that could be construed as income or considered a gray area at a thousand dollars an hour." She testified that she spent an average of two times per month with Karlen over the 48-month period, and she estimated that she spent approximately four or five hours with Karlen during each "session." She stated that she also included going out to eat with Karlen as part of the billable time. Fairchild calculated that she had earned "about $120,000 a year" for each of the four years for services that she provided to Karlen. She testified that, at the time that she filed the tax returns, she believed that the money in excess of what she reported as income was "[g]ifts." But Fairchild admitted that "Karlen never used the word 'gift' with [her]."

According to Karlen, he met Fairchild in 2003 or 2004 while she was dancing. He tipped her money when she danced on stage and paid for private dances inside the club in a private room. Fairchild gave her phone number to Karlen and would call him to tell him when and where she would be dancing. In 2005, Karlen went to watch Fairchild dance at a club; while there, Fairchild asked Karlen if he was interested in paying for sex with her outside of the club. Karlen testified concerning the first time that he met with Fairchild for a "private meeting outside the club." He stated that it occurred in Sioux Falls and that "it was just oral sex for . . . a thousand dollars." When asked if they had "more meetings after that," Karlen answered that they "probably did two, three, four of those." Karlen then confirmed that he later met Fairchild at a hotel for intercourse and paid her $5,000 in "[c]ash." He testified that Fairchild charged him the same price for future similar encounters.

Prior to April 2005, Karlen paid Fairchild in cash. But around this time he began writing checks to Fairchild. Karlen explained that Fairchild would always ask him for a certain amount. For example, Karlen wrote a check in the amount of $39,000 on April 11, 2005, to Fairchild for sex. After Karlen started paying with checks, that is how he continued to pay Fairchild. Between 2005 and 2008, Karlen paid Fairchild $1,103,647.84 with 37 checks. When asked how he "treat[ed] the money that [he] gave to [Fairchild]," Karlen replied, "[f]or her service. . . . For sex." When asked whether the 37 payments were all for sexual services, Karlen replied, "[e]very one of those." He later confirmed that "[t]he whole $1.1 million was for sex" and that "[e]verything was for sex." ...

Fairchild was charged with four counts of making and subscribing a false income tax return for tax years 2005 through 2008, in violation of 26 U.S.C.§ 7206(1). A jury trial commenced. After the close of the government's case, Fairchild moved for judgment of acquittal under Federal Rule of Criminal Procedure 29. The district court denied the motion.The jury convicted Fairchild on all four counts. The district court sentenced Fairchild to 33 months' imprisonment on each count to run concurrently. ... We affirm.

She should be able as a business to claim depreciation for growing older and some other expenses as well. Clearly her body is her business.