Yoon:  Law Profs Continue To Publish After Tenure, But In Less Competitive Outlets

In academia, a subset of faculty has tenure, which allows its beneficiaries to retain their professorships without mandatory retirement and with only limited grounds for revocation. Proponents of tenure argue it protects intellectual freedom and encourages investment in human capital. Detractors contend it discourages effort and distorts the academic labor market. This Article develops a framework for examining academic tenure in the context of U.S. law schools. We construct a unique dataset of tenured U.S. law professors who began their careers between 1993 through 2002, and follow their employment and scholarship for the first ten years of their career. Across all journal publications, tenured faculty publish more frequently, are cited with roughly the same frequency, and place in comparable caliber of journal. These productivity gains, however, largely disappear when excluding solicited publications. These results suggest that legal academics continue to produce after tenure, but channel more of their efforts towards less competitive outlets. 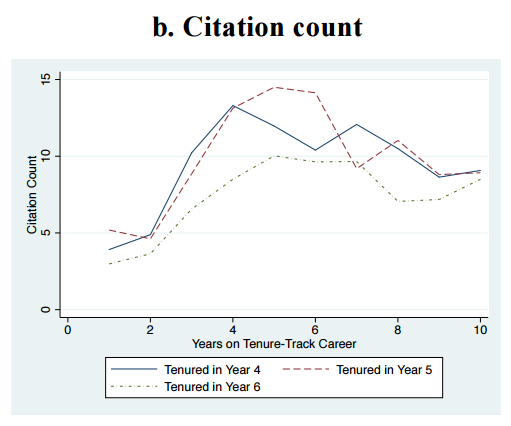 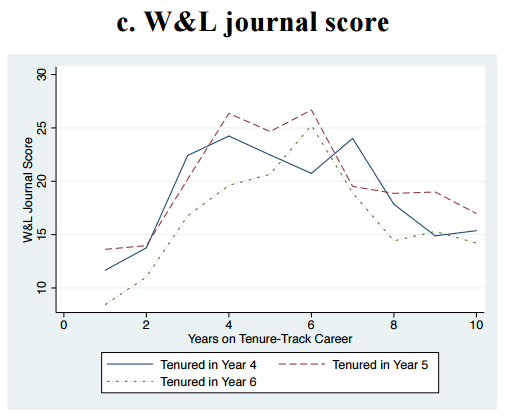