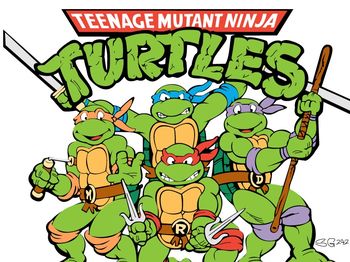 Viacom was sued by a former vice president who said the media company fired her in retaliation for opposing its alleged plan to illegally avoid paying U.S. taxes on the international licensing rights for Teenage Mutant Ninja Turtles.

In a complaint filed on Tuesday in Manhattan federal court, Nataki Williams said she was fired in April 2014 while on maternity leave, after Viacom ignored her objections to its plan the prior year to transfer Ninja Turtles rights to a Netherlands-based entity solely to avoid the U.S. tax burden.

Williams said the licensing work was handled in New York, but Viacom arranged for minor work to be done in the Netherlands to make it appear as though the contracts were handled there.

The Irvington, New Jersey resident also said Viacom planned for the Netherlands entity to buy rights to other children's characters like Dora the Explorer and SpongeBob SquarePants, in a scheme that her bosses allegedly said could save millions of dollars.

Williams said she was fired as vice president for financial planning and analysis, ending more than six years of employment at Viacom, on the pretext that her benefits paperwork wrongly listed her child's father, also named Williams, as a spouse.