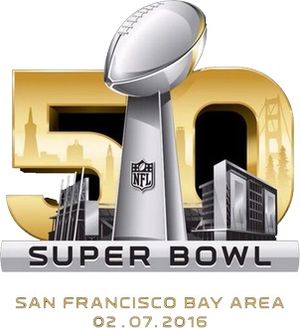 The Super Bowl 50 Host Committee — the organization charged with raising money to produce events around the Bay Area leading up to and including February’s big game — has already raised $50 million from leading Bay Area corporations.

It also has pledged $12 million to more than 100 Bay Area nonprofits, a major step toward its goal of being “the most philanthropic Super Bowl ever.”

But because the NFL requires its host committees to be structured as nonprofit organizations — claiming the same tax-exempt status that the National Football League enjoyed for decades — it doesn’t have to reveal its contributors or how much each donor gave.

That opacity is raising concerns in an era of “dark money,” where politicians use the tax code to hide contributions. Watchdog groups, which also question why wealthy professional sports leagues get to classify themselves as nonprofits, say any entity that’s raising and spending millions — with little transparency — needs to be monitored closely.

“They’re filling public roles in very private ways,” said Philip Hackney, a professor of law at Louisiana State University who has researched and written extensively on 501(c)(6) organizations, so named for the section of the tax code. Given how host committees often involve the wealthiest and most powerful people in a region and have major contracts at stake, “it has the potential for graft.”

The host committee is registered with the Internal Revenue Service as a 501(c)(6) nonprofit organization, a tax designation typically used by chambers of commerce or business leagues. The NFL believes that, much like a chamber, these host committees are designed to promote the entire region where the Super Bowl is played.

The host committee’s philanthropic arm, the 50 Fund, is registered separately as a 501(c)(3), which is a more common nonprofit model, typically used by charitable organizations and churches. However, the law doesn’t require these donors to be publicly revealed, either, and the organization has to reveal only the top three recipients of its largesse. ...

In 1966, a few months before the first Super Bowl was played, the IRS gave “professional football leagues” permission to claim the 501(c)(6) nonprofit tax designation, and soon thereafter other pro sports leagues were allowed to do the same. Major League Baseball gave up its nonprofit status in 2007 after changes in the law required the disclosure of the salaries of its top executives. The National Basketball Association has never claimed this tax status. The National Hockey League still does, as does the Professional Golfers Association.

The IRS has expressed discomfort with continuing to allow pro sports leagues — bolstered by increasingly massive TV contracts — to maintain this privilege. In 1979, an IRS memorandum said it didn’t believe that professional sports leagues should continue to get the exemption. But, given the popularity of pro sports, few politicians were willing to take them on.

In 2015, Rep. Jason Chaffetz, R-Utah, chair of the House Oversight and Government Reform Committee, introduced legislation that would have eliminated the exemption for professional sports leagues with more than $10 million in revenue. The legislation would bring in $109 million in new tax revenue over the next 10 years, according to a 2013 estimate by the Joint Committee on Taxation.

Weeks after Chaffetz introduced his proposal, the NFL voluntarily gave up its tax-exempt status.

The real scandal is that they dropped Roman numerals in favor of Arabic numerals.