Hemel:  The Twilight Of Tax Sunsets? 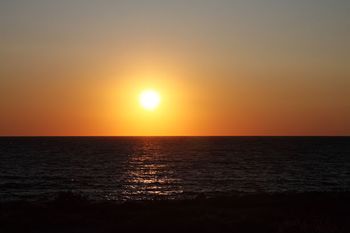 Since the early 2000s, Congress has filled the Internal Revenue Code with numerous sunset provisions. These provisions by their terms apply for a limited period, although Congress regularly renews them through annual “extenders” legislation. Examples have included the tax credit for research and experimentation expenses, the Subpart F exception for active financing, the deduction for state and local sales taxes, and the American Opportunity Tax Credit for the first four years of postsecondary education. Interest groups have devoted significant resources toward ensuring that members of Congress extend these tax breaks from year to year. Tax law scholars, in turn, have channeled considerable energy toward explaining the prevalence of sunset provisions in tax law.

A leading explanation of the “sunset” phenomenon is that lawmakers use temporary tax legislation to extract rents from interest groups. Rebecca Kysar writes that “the continuous threat of expiration allows Congress to extract more rents from interest groups through the use of sunset provisions that require those groups repeatedly to return to the congressional floor to achieve their goals.” Edward McCaffery and Linda Cohen likewise hypothesize that lawmakers will maximize rents through a “stringing-along” strategy, using extenders bills to get “multiple bites at the apple.” Others have offered similar accounts.

The rent-extraction hypothesis might lead one to expect that temporary tax breaks will be a permanent feature of the Code, as lawmakers have little incentive to relinquish the rents they derive from the extenders game. But that prediction has proven wrong: earlier this month, Congress voted to make 22 once-temporary tax breaks permanent, including all four provisions mentioned above. Congress’s recent action gives rise to a puzzle: If temporary legislation allows lawmakers to maximize the rents they can extract from interest groups, why did Congress allow these tax breaks to become permanent? Did DC suffer a sudden outbreak of public spiritedness this holiday season? Or does the rent-extraction hypothesis need updating?

I imagine that others will weigh in on this question in the coming weeks and months. My initial take, though, is that this month’s permanent extensions actually serve as evidence in favor of the rent-extraction hypothesis. This is because the rent-extraction hypothesis hinges upon the existence of campaign finance laws that limit transfers from interest groups to lawmakers in a given election cycle. Recent election law developments effectively lifted some of those limits. As a result, lawmakers can now extract rents from interest groups without using the device of temporary legislation. ...

In sum, it’s still premature for a postmortem. But it does appear that sunset provisions have reached something of a twilight phase. And while no doubt there are multiple reasons why this is so, recent court decisions and legislative changes relaxing campaign finance restrictions appear to be at least part of the story.

Has anyone written about sun rise provisions (Code changes that could snap into place at a certain time or upon certain events)? This would be different than an effective date. It would be more like if GDP turned negative for two straight quarters, rates in Section 1 would be reduced, bonus depreciation would kick in, etc. This would act as an auto stimulus in case of recession or job loss.