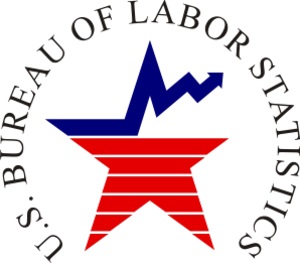 The American Lawyer:  The Government's Dismal Job Outlook for Lawyers, by Matt Leichter:

In December 2015 the Bureau of Labor Statistics (BLS) updated its biennial Occupational Outlook Handbook (OOH), which predicts future employment. The OOH's entry on lawyers warns: "Competition for jobs should continue to be strong because more students are graduating from law school each year than there are jobs available."

That glum pronouncement isn't surprising. Every edition of the OOH going back to at least the 1990s has cited law graduate overproduction as an obstacle for would-be lawyers. What the agency does not say is that its lawyer job-growth estimate has declined considerably since the edition it published two years ago. The 2014 OOH predicted 74,800 new lawyer jobs through 2022. Between 2014 and 2024, the agency now estimates, the number of lawyer positions will grow from 778,700 to 822,500, adding just 43,800 jobs—a plunge of 41 percent.

Importantly, the BLS projections by themselves do not capture occupational replacement. Although it's mathematically correct that 43,800 new lawyers are expected to be employed by 2024, the figure doesn't account for lawyers who will leave the profession, either by switching careers or leaving the labor force altogether. According to the BLS, over this decade 113,900 lawyer positions will turn over. Factoring in new jobs created by growth, on average 15,770 new lawyer jobs will be created each year for the decade. The average for the 2012-2022 period was 19,650. ...

Combined with slow growth and high turnover rates, things do not look good for law students, even if there are fewer of them.

You did read the part of that story that dealt with the family's declining income and eviction lawsuit, yes? All of the Americans that can afford attorneys already have them. New law grads coming out with six-figures in student loans can't afford to be stuck in pro bono work. And the courts have been underfunded for years. Your link proves nothing except that the system is broken. We knew this already. But it is impossible for the destitute to represent the indigent. Maybe some highly trained law professors (snicker) can take time out of their busy 1-1 or 2-1 teaching loads to engage in pro bono.

And yet, the need for more lawyers and resources dedicated to the law is clear: http://www.nytimes.com/2016/02/01/nyregion/for-victims-an-overloaded-court-system-brings-pain-and-delays.html

What do these numbers say? "Not Hiring." We have the largest economy in the world. That 15K number is a rounding error type of number, it means nothing when there are millions of jobs. What about "boomer retirements" you say? Once they retire, those jobs are ELIMINATED. They are not being replaced with the next younger attorney in line. This is especially true for the gub'mint. My wife works for the gub'mint and told me that once somebody retires, that job is eliminated. Gone. No new hiring. Take a look at any courthouse....attorney positions are not being filled.

My take is that the report is referring more to Susskind-ian and Henderson-ian disruptions to the legal market, from predictive software to Watson, LPO's, the encroachment of the Big Four into legal work in other common law jurisdictions etc.

Thanks for the mock concern. I'm not too worried about Northeastern's long-term prospects; pride cometh before the fall. For the law school, 1L enrollment has been essentially halved over the last few years, and they are giving out a LOT more >50%, full, and >full tuition scholarships to get people to enroll. A little back-of-the-napkin math would reveal they are losing at least a few million per year. And there is already a history of closing the law school due to lack of interest; it was shuttered for most of the 1950's and 1960's. As for the university itself, well, it is pushing the outer limits of Veblen Good Theory tuition pricing, having gone from ~60% of Harvard's tuition in 2002 to 105% of Harvard's tuition this current academic year. We will see how much more cover the market extends them, particularly given their aversion towards giving undergraduates any meaningful financial aid. See their average NET annual tuition of $33k versus Harvard's average NET tuition of $16k, and keep in mind roughly half of Harvard undergrads pay sticker. And with less than $750 million in endowment, their long-term planning includes... $1.6 billion in new physical plant construction. This of course will mostly be debt-fueled, they have precious few alumni with deep pockets, and that will put them in quite a bind in the future. Tuition growth will prove to have its limits at non-Ivy & similar institutions.

Then again, UNE, that same story mentions that the school you love to hate is doing well by Moody's lights:

"Moody’s gave Northeastern University a “positive outlook” based in part on its “revenue diversification” attributed to the university’s expansion in research buildings and faculty."

Thanks for responding. I didn't however find that quote and accompanying article to change my position. The spirit of the article suggests to me that the emphasis is on there being a structural change in the law school industry, but not in the hiring of graduates. It's not entirely clear, but it seems like Moody's focus was on law schools and their creditworthiness -- not on law graduates.

To buttress my position -- consider the bimodal distribution charts put out each year (doesn't appear to be much fundamental change going on to me.)

"“The legal industry is experiencing a fundamental shift rather than a cyclical trend,” Moody’s said in a recent report about law schools."

See also any recent report by Altman Weil or Citi on the legal profession.

"At this point, is there really any dispute about lawyer overproduction, structural market changes . . . ."

Well, I still don't think there has been a structural change in terms of demand for lawyers. To the contrary, I think the only change was a move towards transparency about that the demand really is. If someone has evidence to contradict me, I would be happy to read it.

But everyone knows Matt Leichter's an amateur. Or something. Or so some people would like us to believe.

Despite the Labor Department's bleak outlook for lawyer jobs, the Education Department happily continues to lend unlimited $$ to student-borrowers for law school. When will the government "get" that it is enabling the financial ruination of tens of thousands of wide-eyed young people?

What about JD Advantaged jobs? What's the forecast for them?

So, will students just use their million dollar degree (*pre-tax, pre tuition and loans, some restrictions apply, void where prohibited) in other fields?

At this point, is there really any dispute about lawyer overproduction, structural market changes, unaffordable tuition, and bleak career opportunities? For heaven's sake can we admit a problem and then go through the other 11 steps?