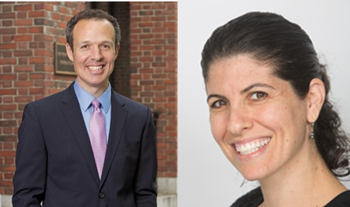 In recent years, federal government agencies have increasingly attempted to use plain language in written communications with the public. The Plain Writing Act of 2010, for instance, requires agencies to incorporate “clear and simple” explanations of rules and regulations into their official publications. In the tax context, as part of its “customer service” mission, the Internal Revenue Service bears a “duty to explain” the tax law to hundreds of millions of taxpayers who file tax returns each year. Proponents of the plain language movement have heralded this form of communication as leading to simplicity in tax compliance, more equitable access to federal programs and increased open government.

This Article casts plain language efforts in a different light. As we argue, rather than achieving simplicity, which would involve reform of the underlying law, the use of plain language to describe complex legal rules and regulations often yields “simplexity.” As we define it, simplexity occurs when the government presents clear and simple explanations of the law without highlighting its underlying complexity or reducing this complexity through formal legal changes. We show that in its numerous taxpayer publications, the IRS frequently uses plain language to transform complex, often ambiguous tax law into seemingly simple statements that (1) present contested tax law as clear tax rules, (2) add administrative gloss to the tax law and (3) fail to fully explain the tax law, including possible exceptions. Sometimes these plain language explanations benefit the government; at other times, they benefit taxpayers.

While simplexity offers a number of potential tax administration benefits, such as making the tax law understandable and even bolstering the IRS’s ability to collect tax revenue, it can also threaten vital values of transparency and democratic governance and can result in inequitable treatment of different taxpayers. We offer approaches for preserving some of the benefits of simplexity while also responding to some of its drawbacks. We also forecast the likely emergence of simplexity in potential future tax compliance measures, such as government-prepared tax returns, interactive tax return filing and increased third-party reporting.