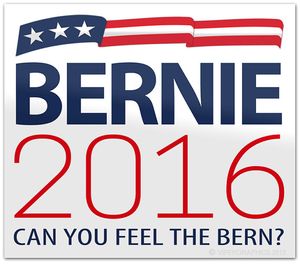 BernieSanders.com, Medicare for All: Leaving No One Behind:

How Much Will It Cost and How Do We Pay For It?

How Much Will It Cost?
This plan has been estimated to cost $1.38 trillion per year.

The Plan Would Be Fully Paid For By:

This year, a family of four taking the standard deduction can have income up to $28,800 and not pay this tax under this plan.

A family of four making $50,000 a year taking the standard deduction would only pay $466 this year.

Under this plan the marginal income tax rate would be:

Taxing capital gains and dividends the same as income from work.
Revenue raised: $92 billion per year.

Warren Buffett, the second wealthiest American in the country, has said that he pays a lower effective tax rate than his secretary. The reason is that he receives most of his income from capital gains and dividends, which are taxed at a much lower rate than income from work. This plan will end the special tax break for capital gains and dividends on household income above $250,000.

Under Bernie’s plan, households making over $250,000 would no longer be able to save more than 28 cents in taxes from every dollar in tax deductions. This limit would replace more complicated and less effective limits on tax breaks for the rich including the AMT, the personal exemption phase-out and the limit on itemized deductions.

This provision would tax the estates of the wealthiest 0.3 percent (three-tenths of 1 percent) of Americans who inherit over $3.5 million at progressive rates and close loopholes in the estate tax.

Most importantly, health care provided by employers is compensation that is not subject to payroll taxes or income taxes under current law. This is a significant tax break that would effectively disappear under this plan because all Americans would receive health care through the new single-payer program instead of employer-based health care.

6.2% Employer tax that they propose will gain 92 billion in revenue will in reality not produce ANY revenue. What will actually happen is that jobs will be lost to cover the costs and the tax revenue that these jobs would produce will also be lost. Depending on how overwhelming the response from employers from this huge over reach in government, the lose in revenue could be in the hundreds of billions to trillions of dollars.

The huge increases in the progressive tax rates according the this fantasy, is supposed to raise revenue by 110 billion; this is also false-take a look at the laffer curve -any tax rate over 39% will begin to decrease government revenue because incentive to produce income decreases. Most of the tax income gains from the government come from the highest tax rate which i believe is 54% although it says 52% here. This proposal will have even a larger negative effect on the economy than the previously mentioned above.

Capital gains equal to this unbelievable progressive tax proposed here is probably the most laughable of this plan! I don’t know how anyone in their right mind could think that anyone, especially the Rich would invests if they have to overcome a tax rate of possibly 54%. Nearly all of the the Tax revenue that is produced by these investments will be lost. I can’t even calculate how high the loss in revenue would be here since even smaller investors at are paying first on their income and then again trying to overcome an equal rate of tax on investment.

I could go on but I am guessing that you can see the trend. Take the revenue from the high earners and who do you think is going to pay for all of the government programs? everybody! get in line for a piece of bread in the torn clothes you will be wearing because the typical american voter has no idea the consequence of cheering on someone one with this vision.

Bernie Sanders, an economic illiterate that does not understand what the "laffer curve" is. Search it up and #FeelTheBern.

on the plus side, if the Bern wins, America will need plenty more tax lawyers.

"He who fights monsters might take care lest he thereby become a monster. And if you gaze for long into an abyss, the abyss gazes also into you." -- Nietzsche, "Beyond Good and Evil"

I've never seen a politician who could do math,especially when it came to finances,honestly. You can bet that these gargantuan sums will be doubled from the start. This man & a large percentage of the American people are dangerous,communist,freedom haters.

The people who think socialism is great stuff will like this plan, because it gives them what will be taken way from others.

If we get to "Feel the Bern" that Bern is going to feel like an inflamed hemorrhoid.

The one thing this article, and his tax plan, do not address, is the reimbursement rate for doctors and hospitals (Medicare's reimbursement rate is so low, many doctors will accept a limited amount of Medicare patients) and what effect this will have on the supply of doctors and available healthcare across the board. Any analysis on this aspect? I'm not an expert, but would like to see what analysis has been done.

Wow! A 54% tax rate and doubling the estate tax. Liberal Democrats must be doing cartwheels of joy.

1. Claim to be raising taxes "on the rich" to get the votes of the poor.

2. Insert loopholes so the rich don't pay anymore in taxes than they do now. Reap political donations from them.

3. Glory in undeserved praise from a press that's too clueless to understand this oft-repeated scam.

Year ago, I read a biography of the Rockefeller family. In an era of supposed high taxes on the rich, John Rockefeller III was considered the odd sheep among his brothers. Why? Because he told his tax accountants not to reduce his his tax rate below 10%. Apparently his brothers had no trouble getting theirs lower than that.

I won't go into the horrors of having the government run the health care for most Americans. Anyone who has follow the horror stories coming out of NHS in the UK knows what that means. It's very telling that, while every major news outlet in the UK has covered those stories, there has been a virtual blackout on them in the U.S. press.

Bernie is a nutcase socialist and his plan will be laughed out of congress, so who cares what dotty old grandpa says. He should be honest and say everything belongs to the state and the feds will send you a voucher for some potatoes and crap alcohol once a month . That is how most socialist paradises work.

No worries, AMT. Rationing will solve the fiscal issues. The idea that health care services should be regulated chiefly by prices determined via market forces is quaint and unworkable insomuch as some people can afford better care than others -- something no compassionate fair person can abide. We have a similar problem with housing, but first things first.

He forgot the wealth exit tax he'll have to retroactively implement once people start leaving the country the day after he's elected.

Health care currently accounts for 17% of GDP. Taxing just 8.4% of earned income is going to come no where near what we currently spend. How is the single payer system rationing healthcare such that these numbers work out?

This awful man is nothing but a thief. So too his supporters.

This plan appears to incentivise wage depression and capital flight. It won't generate the revenue it claims, the cost of the program will be higher than estimated, and it will only add to the national debt. This will backfire. Horribly.

Total, about $1.6 trillion a year in additional taxes, or about another 10% of GDP going to the Federal government. Even if we assume that the employer mandated health tax replaces an equal amount of insurance premiums, that's still about $1 trillion in new taxes. Assuming, of course, that many businesses just don't shutdown and/or move overseas. Americans aren't Europeans-- millions would find ways to avoid paying, even if it means going Galt and simply ceasing business activity.

If the government is going to spend that much, this sort of tax system wouldn't be the worst way to raise the money. But all-you-can-eat health care with no usage charges and no rationing is fiscally impossible.