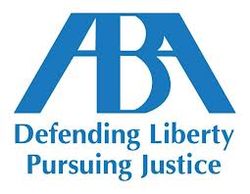 A proposed change in the law school accreditation standards that would lift the ban on students receiving academic credit for paid externships has drawn a lot of comment—and much of the comment is in opposition to lifting the ban.

Under the current standards, law students are barred from receiving both credit and pay for an externship. But the governing council of the ABA Section of Legal Education and Admissions to the Bar has approved for notice and comment a proposal that would eliminate the ban.

That proposal is just one of four proposed changes in the standards (PDF) that the council has posted for notice and comment. But it is the one that has drawn the lion’s share (PDF) of comments. And most of those comments have been negative.

This reform is simple common sense: the educational value of an externship does not depend on whether the student is paid or not. Moreover, allowing credit for paid externships is particularly valuable for poor students and others who may be having difficulty making ends meet. That’s an especially significant advantage at a time when there is increasing (often justified) concern over excessive law school tuition. At the very least, the ABA should not forbid individual law schools from making their own decisions on this issue. Schools should be able to decide for themselves whether any given paid externship has enough educational value to justify awarding academic credit. ...

Much of the opposition to this reform comes from clinical faculty who run clinics where law students work for free. If students could get credit from doing paid externships, more would choose that option and fewer would participate in clinics. That, in turn would reduce the demand for clinical faculty, and diminish the pool of unpaid labor on which clinics depend.

That doesn’t by itself prove that the clinical faculty members’ opposition is either insincere or necessarily wrong. Some of the people on the other side of the issue also have self-interest on the line. For example, student supporters of the reform proposal have an obvious interest in being able to get credit for paid externships. But the interests at stake do mean that we should not assume that CLEA’s and SALT’s lobbying against the proposal is purely a matter of disinterested expertise to which the ABA and others should defer. Organized interest groups often come to assume that what benefits them is also good for the public interest. We law professors are not immune to that tendency.

SALT is an organization committed to Critical Legal Studies, which is a Marxist-based theory of what law is.

I have a small law firm. A former college student who worked for us doing various legal assistant tasks is now in law school. She asked us if she could intern a few hours a week. She would get some credits for her law school. We said we wanted to pay her but alas she can't accept the money as she won't get the credits.

Law schools have been looking for a bone to throw at students that doesn't require them to give up money or work longer hours. Allowing some third party to pay students from something they are doing anyway is about as easy as it gets. To wit, Rob Anderson's comment is exactly right. The clinical lobby is self-serving, and law schools would do well to view it with great scrutiny. Law schools need to keep them at bay.

That said, in a world that makes any sort of sense, law schools would not be allowed to charge thousands of dollars in tuition for externships where someone else does the teaching. I would never take an externship in law school. If I'm paying tuition, those faculty can earn their money.

May own school pays its students stipends for working in the clinics over the summer, as well as giving them tuition remission (essentially a scholarship, that of course has monetary value), and the students get credit. Given that this is apparently allowed, I can't fathom why we wouldn't allow private employers to also pay "stipends" to students, and to award credit. If a stipend corrupts, I think it corrupts no matter the source.