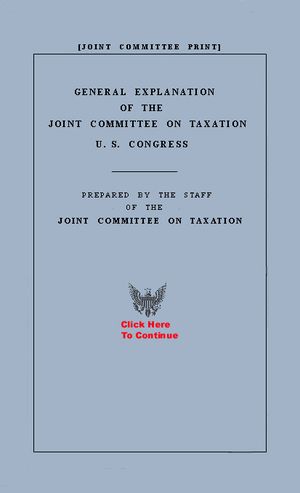 Tax expenditure analysis can help both policymakers and the public to understand the actual size of government, the uses to which government resources are put, and the tax and economic policy consequences that follow from the implicit or explicit choices made in fashioning legislation. This report on tax expenditures for fiscal years 2015-2019 is prepared by the staff of the Joint Committee on Taxation (“Joint Committee staff”) for the House Committee on Ways and Means and the Senate Committee on Finance. The report also is submitted to the House and Senate Committees on the Budget.

The Joint Committee staff has made its estimates (as shown in Table 1) based on the provisions in Federal tax law enacted through September 30, 2015. Expired or repealed provisions are not listed unless they have continuing revenue effects that are associated with ongoing taxpayer activity. Proposed extensions or modifications of expiring provisions are not included until they have been enacted into law. The tax expenditure calculations in this report are based on the January 2015 Congressional Budget Office (“CBO”) revenue baseline and Joint Committee staff projections of the gross income, deductions, and expenditures of individuals and corporations for calendar years 2014-2019.