Hemel:  Does Apple Have A 'Duty' To Minimize Taxes? 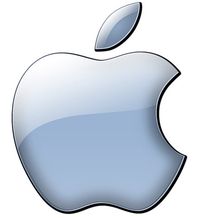 CNBC’s Jim Cramer came to the defense of Apple CEO Tim Cook yesterday, arguing that Apple’s CEO has a duty to minimize the company’s corporate tax liabilities. Cramer said on CNBC’s “Squawk on the Street”:

“One of the things I did take seriously when I was in law school was taxes. The main thing you learn is that tax avoidance is everybody’s . . . duty. You’re supposed to try to avoid.”

Cramer graduated from Harvard Law School in 1984, and it’s perhaps unfair to hold him at fault for misremembering what he learned in a tax course more than 30 years ago. But Cramer seems to be confusing “right” and “duty” here. Justice Sutherland famously said in Gregory v. Helvering that “[t]he legal right of a taxpayer to decrease the amount of what otherwise would be his taxes, or altogether avoid them, by means which the law permits, cannot be doubted.” 293 U.S. 465, 469 (1935). The claim that directors and officers have a “duty” to minimize a corporation’s taxes, though, can indeed be doubted. In fact, the Delaware Chancery Court recently rejected such a claim [in Freedman v. Adams]. ...

As a normative matter, the rule in Freedman strikes me as the right one. A fiduciary duty to minimize taxes would force directors and officers to navigate between the Scylla of tax law and the Charybdis of D&O liability: a tax strategy that’s too aggressive might trigger penalties, while a tax strategy that’s not aggressive enough might give rise to shareholder lawsuits. If shareholders think that courts are competent to engage in after-the-fact review of managers’ tax-related decisions, they can seek to insert provisions in corporate charters imposing a duty to minimize taxes on managers. Perhaps some courts would say such provisions are unenforceable on grounds of public policy. More likely, shareholders will decide that it’s not in their best interest to try.

It isn't a "duty" to avoid taxes, but only in the technical legal sense. Director and CEO are supposed to act for the good of the shareholders. That generally means they are supposed to maximize profits, though I, and I think most others, think that the director can sacrifice profits if the shareholders prefer something else (e.g., closing on Sundays).
What the Freedman court holds is sound: that tax decisions fall under the business judgement rule. That means the directors can make stupid decisions, as long as it's not on purpose, to help themselves, or by being exceptionally lazy. In Freedman, their decision seems stupid, but innocent.
Question: If the CEO and chief counsel have contracts that allow them to be fired without severance pay "for cause", and they advised on this decision (I don't remember those details), can the Board fire them for cause?