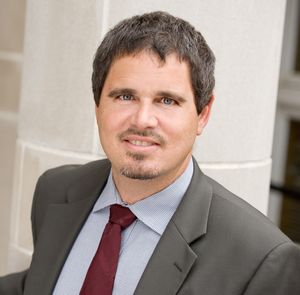 Over the past few years, a revolutionary new tax structure, known as the Up-C, has been increasingly utilized, particularly in instances where an LLC is being taken public. In such an Up-C IPO, a newly formed C corporation is placed on top of the existing LLC, which continues to operate the business. Shares of the C corporation are sold to new investors, and the proceeds are used by the C corporation to buy an interest in the LLC. Meanwhile, the original owners of the LLC (typically, founders and private investment funds) retain their interests in the LLC, while receiving exchange rights that allow them to swap their LLC interests for equivalent-value shares of the C corporation. In addition, the original owners often receive the benefit of tax receivables agreements (TRAs), which provide that the owners will receive a specified percentage (usually 85 percent) of the tax benefits to the C corporation resulting from future exchanges. In combination, these features seem to provide a near-nirvana of tax efficiency. It is therefore unsurprising that the use of Up-Cs is growing at an exponential rate.

Nevertheless, the Up-C has received very little attention in the academic literature. This paper endeavors to fill this void. It describes the complicated Up-C IPO structure (and its frequent complement, TRAs) in some detail and discusses their many attractive tax features. While Up-Cs and TRAs have faced skepticism from some quarters, the paper explains that there appears to be nothing particularly nefarious about the use of Up-Cs or TRAs per se, at least from a tax policy perspective. In addition, the paper discusses some of the significant implications of the Up-C revolution, including choice-of-entity and international tax implications. We believe that ultimately the Up-C revolution will fulfill the initial prediction that the advent of the LLC would fundamentally alter the landscape of business taxation in the United States, not by replacing corporations with LLCs but instead by combining the best features of both entities into one dominant structure.

Anyone else get all excited about reading the paper, and then realize no link? Polsky you tax tease!!!

I would be very interested in reading this paper. If it becomes widely available, would you please post the link on this blog? Thanks in advance.