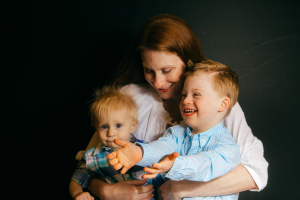 My son George is a bright shining star. He is almost five, and he loves to read out loud, play the harmonica, and paint. He also happens to have Down Syndrome. He is smart, funny, and loving, and I can’t imagine life without him. I am grateful every day for the privilege of being his mom. And like any other mom of any other child, I worry every day about his future. ...

Until recently, parents and individuals with significant disabilities had two basic estate planning options to preserve Medicaid eligibility: the responsible sibling or the special needs trust. Leaving money with a responsible sibling is risky. It is exposed the sibling’s creditors. It can be lost in a divorce. If the sibling dies, it might be dispersed.   But putting money in a special needs trust isn’t much better. Although the money is protected from creditors, the Medicaid law requires that the trustee have absolute discretion over the money and that the money not be used for expenses that could be covered by government programs. In other words, an individual who is a beneficiary of a special needs trust can never demand money from the trust, and if the trustee decides to distribute money, the individual beneficiary cannot use it for ordinary adult expenses like rent, groceries, or even some utilities.

It was against this bleak backdrop that Congress passed the ABLE Act last December. It was a watershed moment for many individuals with serious disabilities.  The new law permits states to create tax-preferred savings programs similar to § 529 college savings programs.  To date, over thirty states have passed enabling legislation and several more have introduced bills. Importantly, contributions to the account, investment earnings inside of the account, and qualified distributions from the account are not counted against Medicaid eligibility. With an ABLE account, parents can save for a child’s future and adults can have meaningful employment without jeopardizing their eligibility for Medicaid. ...

The ABLE Act is a huge improvement over the law prior to its passage.  It allows individuals with disabilities to cover their own expenses—something that was much more difficult under the old rules—and it helps them save.  I advocated for the law’s passage in my home state of Ohio, and I was thrilled when it passed.  But the law isn’t perfect, and Congress and the states could do more to help individuals with disabilities who are among the most vulnerable in our communities.  For instance, the new law does very little for families who have no spare cash to save. In addition, contribution limits on the account prevent parents and individuals with disabilities from saving as much money as they will need for retirement, which is troubling, since many will not significantly contribute to Social Security during their working lives. And because the account can only take relatively small amounts of money at any given time, parents in my position still have to disinherit their children, which sends a terrible message about how society values relationships of dependence among family members versus dependence on the government.

So what are the contribution limits? An ABLE account can accept no more than the federal gift tax exempt amount per year ($14,000 in 2015), and over the account’s lifetime, it can receive no more than the state’s applicable limit for college savings accounts (typically in the range of $300,000 – $400,000). Not only do these limitations cause problems when it comes to planning for the death of a parent, but they bear no relation to the cost of living one’s life with a disability.