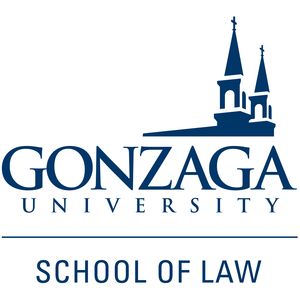 Inlander, Why Gonzaga University School of Law Offered Buy-Outs to its Tenured Professors:

From 2011 to 2014, GU's School of Law has seen its application pool deplete by 36 percent. Enrollment has dropped by 28 percent in that same time.

As a result, the administration has offered buy-outs to all of its tenured professors. So far, four of the 17 faculty members have taken the offer. Law school dean Jane Korn does not anticipate the need to cut any more positions.

"Nationally, since 2011, applications to law schools have dropped around 40 percent," Korn says. "Every dean had to make a decision to lower standards or take a budget hit, and we decided to take the budget hit."

Law schools need to have football to be more attractive to today's students!

@ Anon - that is really sweet. Unfortunately, there is a bi-modal salary distribution in which grads either get $160k in biglaw and the next mode is all the way down to $60k. Most of these 2-10 attorney firms will probably start around $50k, and may or may not give benefits. I can't even think of what type of entry level legal job pays $85k except perhaps a tenure track assistant prof job at a third tier school in a rural market, which is likely what you are referring to. No Gonzaga grads are getting hired into academia.

Oh, and Gonzaga average debt is $126k to be precise.

JM - I had 100k+ in debt out of law school and my first job paid 85K - half what big law pays today. I lived quite comfortably on that salary and made my loan payments.

@ Question - Large(r) law firms are the only employers that pay well enough to support $100k+ in student debt. Furthermore, far more students are unemployed/underemployed than working in small firms.

43 students are employed at 2 to 10 lawyer firms. That's not terrible, but the pay likely is. Hard to justify circa $175,000 in debt to make $50k per year without health insurance doing contested divorces, residential real estate, and DWIs.

JM,
Why is it "insane" that Gonzaga students work at smaller firms? How many law firms of 250+ attorneys even have offices in Spokane?

JM: On average, do you think the stats were any different in the decade prior to the last 5 years? I don't think so. This isn't a new employment crisis; it's a new transparency crisis (in the eyes of the law schools).

Its amazing that four or five years into the employment crisis I can look up a random law school's employment stats on LST and still be stunned. Behold the stats for Gonzaga's 2014 class (162 total grads).

That's right, zero in 250+ attorney firms, and only 5 in firms over 25 attorneys. That is insane. Meanwhile, 31 not employed at all, and 19 in business and industry.

Will Gonzaga eventually shift to non-tenured faculty to handle some/all of the teaching load?

If congress caps grad plus loans, the marginal schools will start closing. No one will lend operating capital to a flailing law school if the grad plus sluice-gates are even slightly closed.

It appears that schools are borrowing the "drive it until the wheels fall off" from high mileage car owners' play books. The shame of it is that the ABA and AALS had time and resources to fix the system. They just couldn't do anything.

The next shoe to drop is funding. Last week the Wall Street journal took a poke at med students who participate in the PSLF program. There is a lot of public displeasure with the terms of income based forgiveness programs and the enabling of sky-high tuition with federal backing.

Isn't there eventually going to be litigation, where schools fail to envision more or less predictable declines in enrollment and then lay off faculty?