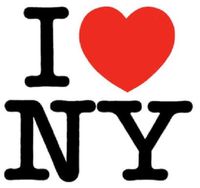 Ten of New York's 15 law schools had their pass rates decline from last year on the July 2015 bar examination, according to figures that the law schools provided to the Law Journal.

Cornell republished this chart from The New York Law Journal: 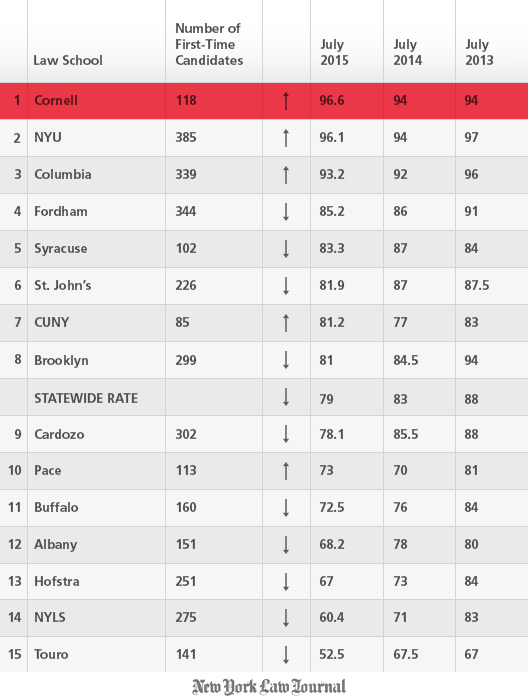 Among the five schools that improved were Cornell Law School, which reported a 96.6 percent pass rate, the highest in the state and an improvement of more than two percentage points over last year.

Obviously the bar exam has been tailored by the wicked NCBA / Erika Moeser in such a way that it is disproportionately more difficult for Brooklyn students, probably in retaliation for Dean Allard's heroic effort to get anyone who can write a six figure check to a law school admitted to practice.

If you assume that every Tuoro student who failed in August took the exam again in July then the pass rate ain't that bad.

If Brooklyn students are not less able now than they once were, then what explains Brooklyn's declining performance on the bar exam?

Most of these pass rates (i.e. anything above 75% or so) don't strike me as egregious if graduates weren't saddled with so much debt. That is the problem. For the billionth time: "law school costs to damn much." That's it. Your crisis in a nutshell.

Two major storylines here 1) NYSL and Touro are in violation of the 15% rule. If this keeps up for three years, which I expect it will, the ABA needs to shut them down; and (2) Brooklyn, home of anti-bar exam loudmouth Dean Allard, suffered another predictable decline. It will be interesting to see how he explains this one away. I think what is clearly happening is that Brooklyn has atrocious student quality numbers below the 25% marks.

Wow, look at Brooklyn. From Nick Allard's tantrum toward Erica Moeser, we know that today's students are not less able than those from a few years ago, right?

What then is the explanation? No ExamSoft excuse this year. It must be that the quality of instruction at Brooklyn is not what it was even a few years ago. 0Ls take note, Brooklyn Law ain't what it used to be.