Supreme Court Justices Get More Liberal As They Get Older

FiveThirtyEight, Supreme Court Justices Get More Liberal As They Get Older:

But when it comes to Supreme Court justices, growing older appears to incite a trend in the opposite ideological direction. One prominent measure of judicial ideology — the Martin-Quinn score — illustrates this tendency. ... 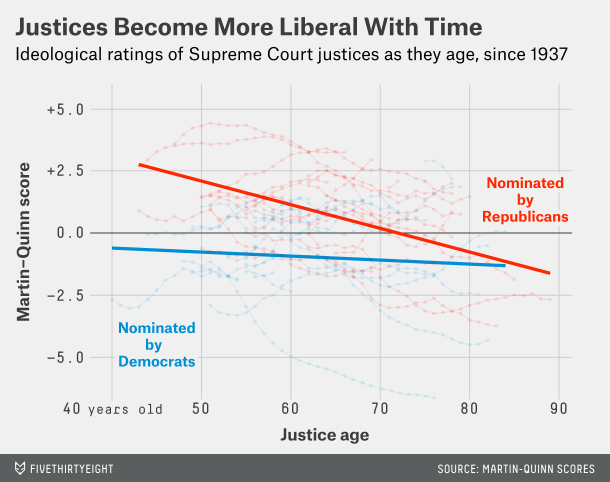 The current nine justices haven’t been shielded from these westward winds.... 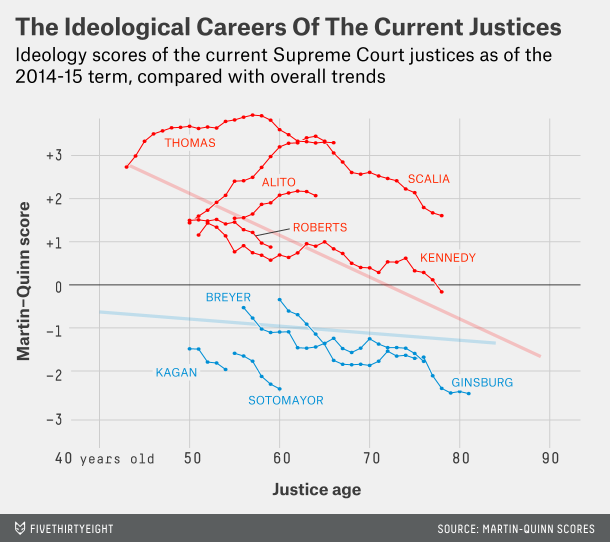 Why might this happen? What forces act upon a justice as he or she ages on the bench? Here are a few theories that emerged after I poked around and talked to some experts:

I would be willing to posit that the "isolation effect" plays a role. Just as a district may feel they are sending a firebrand off to Washington, it is inevitable - except in the rarest of cases (ex., the Cruz effect) - that they seek a certain sociability. They seek to acclimatize to the Washington scene. They simply lose touch with those friends and colleagues that form their social circle and thus tend to think in terms of "Washingtonian."

It's probably the same reason that almost everyone who works in government becomes more pro-government over time: Acclimation.

Could also be mental decline