Rasmusen: How I Came To Be Suing Citigroup For $2.4 Billion As A Tax Whistleblower 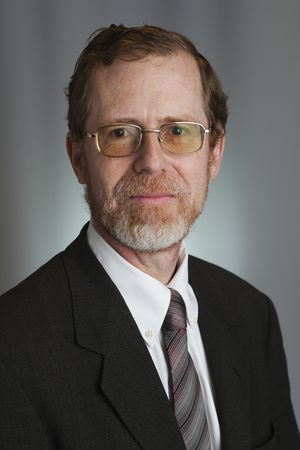 TaxProf Blog op-ed:  How I Came To Be Suing Citigroup for $2.4 Billion  as a Tax Whistleblower, by Eric Rasmusen (Indiana University, Kelley School of Business):

Back in 2011 I wrote an article on General Motors and Tax Code Section 382 with J. Mark Ramseyer, who teaches corporations and Japanese law, for  The Cato Papers on Public Policy.  The U.S. Treasury had issued a series “EESA Notices” (e.g. IRS Notice 2009-14) saying that it interpreted Section 382 as saying that the U.S. Treasury would not be counted as a “shareholder” in thinking about whether an ownership change had occurred.  There was no such exception in the statute, and Treasury offered no reasoning, so we were outraged. It mattered because if Section 382 applies, then after an ownership change a corporation loses its Net Operating Losses (NOL’s), the past losses it can carry forward to set off against future income in profitable years to reduce income tax.

Our article was “real science” in that ultimately we  changed our mind, concluding that GM had not yet underpaid its taxes. GM fell into a legitimate exception, because of two special features: (1) It had gone into Chapter 11, and (2) The U.S. Treasury was a major creditor, and and “old and cold” one who had not lent money intending to convert it to shares later.  Thus, this ownership change counted as a reorganization. I struggled a bit, because the formal ownership transfer occurred as a 363 sale rather than a real Chapter 11 reorganization, but Mark convinced me that it still counted as a reorganization.  Section 382 would still have been triggered if the U.S. government had sold its stock within 3 years but it waited long enough to avoid the trigger (perhaps having read our article?).

Citigroup and AIG were a different matter. They didn’t go into bankruptcy,so they weren’t reorganizations. In the case of Citigroup, the government hadn’t bought over 50% of the shares, but combined with a new issue to the public at the same time, Citigroup did go over the Section 382 threshold.

One of the points of our article, though, was that nobody could do anything about it. If Treasury says it’s not going to collect taxes from somebody, nobody can go to court to make it do so. The only remedy is political--- impeach the Secretary of the Treasury, or elect a new President. We suggested that standing should be given to Congress, or to a pair of Congressmen, which could be done by statute. We were quite happy with the article--- perhaps the most entertaining piece ever written on Section 382 of the federal tax code.

I then came across the New York State False Claims Act. It had been amended recently, with the sponsorship of Eric Schneiderman, then a State Senator and now New York Attorney General, to allow qui tam suits for treble damages by private citizens against delinquent large New York State taxpayers. Citigroup is in New York, and listed $900 million in New York NOL’s. So I contacted Hodgson-Russ, a  generalist Buffalo law firm founded in 1817 that has branched into qui tam law. We filed suit in 2013 under seal, so the Attorney-General could have a chance to look it over and start an undercover investigation if he wished.

The New York State tax authorities were interested at first, but then their interest faded, and Attorney-General Schneiderman eventually declined to join the case, to our regret. If he’d joined, he could use his investigatory powers and, for instance, have the tax people look at Citigroup’s tax returns immediately instead of waiting for discovery. Also, the False Claims Act requires scienter.  The taxpayer is liable for qui tam and treble damages suits only if he “knowingly presents, or causes to be presented a false or fraudulent claim for payment or approval” (False Claims Act, 189-1(a)). But he’s liable for the tax payment even without scienter.

One reason we waited so long was in the hope that the SIGTARP, the inspector-general for TARP, would issue his report on the issue of Citigroup and 382. This had been requested by Rep. Dennis Kucinich in 2010 to determine “(1) the rationale behind Treasury’s decision to issue the Waiver; (2) whether Treasury was aware of any tax effect that may result from the issuance of the waiver; (3) determine the principal decision makers involved in issuing the Waiver; and (4) the extent to which Treasury’s policy to timely dispose of TARP investments factored into the decision to issue the Waiver.”  Senator Grassley had requested the same kind of information from Treasury, without response as far as we know, so this is a rare example of consensus suspicion by the right-wing Republicans and the left-wing Democrats.  Or, perhaps it’s an example of their impotence, since the investigation is still ongoing, 5 years later.

At any rate, after Attorney-General Schneiderman declined to supersede us (but we’d still love him to--- Mr. S., are you reading this?), the court unsealed the case. We served the complaint on Citigroup in September and they removed the case to the Southern District of New York on October 2.

There are lots of interesting legal issues.  This is already getting long, so I’ll just list four of them.

1. Can we say either than Citigroup did not have scienter because the IRS said Section 382 didn’t apply, or that it did because Citigroup has smart lawyers and knew that the IRS had no basis for its assertion?

3. What weight should an unreasoned IRS Notice carry in court? Does it make a difference if the Treasury is personally interested in the issue, rather than just interested on behalf of the U.S. citizens?  (This, I think, is pretty easy---  no weight, though if you did answer “yes” to unquestioning deference, the question of motivation remains interesting.)

4. In this case, the whistleblower’s suit is based on specialized legal analysis rather than private facts. For purposes of the reward, should this be counted as information revealed in the media, or not? (Mark and I spent a lot of time sweating over Section 382--- and Section 383 (tax credits) is even worse!)

For those who want to delve into documents, I’ve posted some FAQ’s and a lot of links. This is  2nd Circuit,  case #1:15-cv-07826, and you need to search by the case number on PACER, not by “Rasmusen” as of yesterday, probably because Rasmusen is just the relator , suing on behalf of the State of New York.

An economics professor has filed a lawsuit against Citigroup accusing the bank of using an unusual federal tax break during the financial crisis to avoid paying $800 million in New York State taxes.

In a lawsuit transferred to Federal District Court in Manhattan on Oct. 2, Eric B. Rasmusen, a professor of business economics and public policy at the Kelley School of Business at Indiana University, challenged the validity of the unusual federal tax break for the bank’s New York State returns. His claim, originally filed under seal in New York State Supreme Court in 2013, seeks treble damages, or $2.4 billion, under the False Claims Act.

Go get 'em. Last I checked, we still have property rights in the USA.

So Mr. Rasmusen wants $2.4 billion from Citigroup because the New York taxing authorities declined to audit the bank's use of NOLs? Nice work if you can get it.

@Siegal, not sure you understand how qui tam actions work. Mr. Rasmusen is suing for the state of New York, if successful, he would get a reward that is a percentage of the amount recovered for the state. Qui tam actions can come with treble damages, and that appears to be the case here as the tax bill would have bene $800M and the suit is for $2.4B.

The work isn't as easy as you might think, though it's intellectually stimulating. The big question, actually, is:
Why did the New York tax authorities decline to audit the bank's use of NOLs?

The answer to that may well be Pulitzer prize material.

Why did the New York tax authorities decline to audit the bank's use of NOLs? Elizabeth Warren has a theory.

Good luck on this, Private Attorney General, I hope you win. Sweetheart arrangements between government and their corporate landing spots are not good.

"The work isn't as easy as you might think, though it's intellectually stimulating. The big question, actually, is: Why did the New York tax authorities decline to audit the bank's use of NOLs? "

If history is any guide, the answer is very likely either "revolving door" or "quid quo pro."