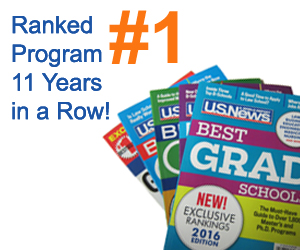 The crown jewel at Pepperdine Law School is our Straus Institute for Dispute Resolution, which has been ranked by U.S. News & World Report as the #1 dispute resolution program in American law schools for an unprecedented 11 consecutive years.

The survey instructs voters to "[i]dentify up to fifteen (15) schools that have the highest-quality alternative dispute resolution courses or programs. ln making your choices consider all elements that contribute to a program's academic excellence, for example, the depth and breadth of the program, faculty research and publication record, etc." 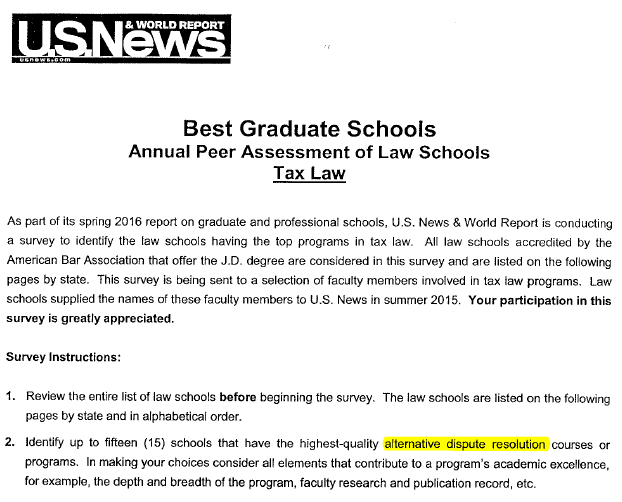 I received the same form, recognized the typo for what it was, sent a note to the email address on the form to let them know of the typo (and received a reply thanking me), and then submitted the form. It did not seem like a big deal to me.