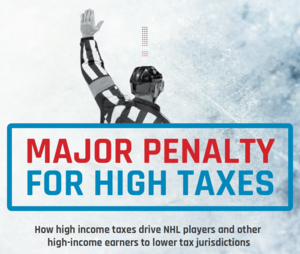 A paper co-authored by the Canadian Taxpayers Federation (CTF) and Americans for Tax Reform (ATR) reveals that Montréal, Los Angeles, San Jose and Anaheim are some of the least financially attractive destinations for NHL players due to high tax rates.

The new report, entitled Major Penalty for High Taxes, looks at NHL team salary spending, tax rates in the relevant province or state, and the “true cap,” which is the impact taxes have on the salary cap. The report also examined the tax impact of various off-season trades on players’ incomes. 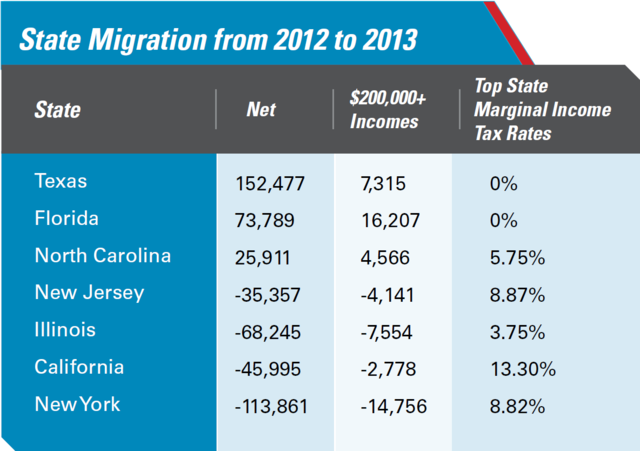 Oh no! California lost 1/10th of one percent of its population to other states! (The data supplied by the CTF and the ATR provide no reason to believe that this was due to taxes.)

In the meantime, California is still the 16th fastest growing state in the country, posting a 4.16% population growth rate last year. And Business Insider reports that California's economy is currently the second-fastest-growing in the United States. Its real annual wages went up 0.9% (most states were flat or posted a decline), and in 2013 its residents earned an average annual wage of $57,121 (compared to a national average of $44,888). If the CTF and the ATR want to dump on California, they should get their facts right.