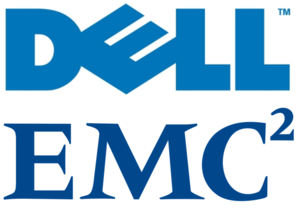 Dell found a creative way to avoid a hefty tax bill for its proposed $67 billion acquisition of EMC by using a tracking stock as part of the deal. But EMC shareholders won’t be able to avoid the tax man.

Dell announced on Monday that it made an offer for EMC valued at roughly $33.15 a share, for a total of $67 billion in cash and stock. As part of the deal, EMC shareholders would receive $24.05 a share in cash, and another 0.111 shares of a tracking stock tied to EMC’s 80% stake in VMware. That works out to roughly $9.10 a share, based on VMware’s $81.78 share price on Oct. 7, according to a Dell company statement.

The tracking stock would essentially comprise a new class of shares that track the assets held by VMware. The holders won’t actually own a stake in the company, however. The stock will simply reflect the performance of VMware. Dell won’t be distributing shares or spinning off VMware’s assets, both techniques which create taxable gains.

The tracking stock structure allows Dell to avoid a tax bill that could have topped $10 billion, said Robert Willens, a tax specialist. EMC’s cost basis in VMware is very low, and so Dell would have to pay tax on almost the entire $26.59 billion value of EMC’s 80% stake in a sale.

However, EMC shareholders who get the cash and shares will still have to pay up. They will pay tax that ranges between 20% and 39.6% on any gains they make from both the cash and the value of the tracking stock.

Bloomberg, Why Dell Is Using Tracking Stock for Its EMC Bid