Death Of Robert Araujo: 'Goodbye, My Friends! See You Soon!' 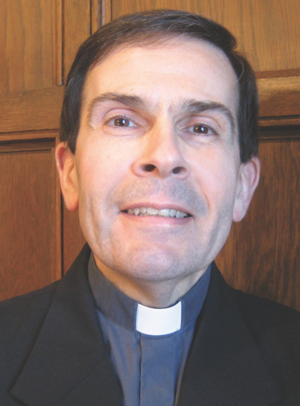 About three weeks ago, I was informed that my then current chemotherapy had failed. This latest treatment joined its twelve predecessors in the minus rather than the plus column. Failure is not always easy to accept, but with the grace of God it can be. I knew this day would come sooner or later, so, as best I could, I tried to prepare for it with careful thought and sober prayer. With the thought and prayer in place, I concluded that the doctors and I had given it our best to try and control a disease that would eventually be uncontainable. Although my doctors aggressively pursue cancer cure, they know that they must also care for the patient in other ways, one of which is to respect the patient’s informed wishes. This sometimes means that the patient is saying he has had enough treatment that the best medical science can provide, and it is now time for nature and God to take their respective courses. This conclusion that I have made and accepted is not my disposition and vocation alone; they belong to everyone, especially the Christian and those who believe in and pray to God. Miracles can and do happen, but I do not ask for one. As a consequence of my discernment, I am now in palliative/hospice care. This means I receive bi-weekly phereses and blood transfusions at Dana Farber; in addition to these two items, I receive pain management care at my Jesuit infirmary.

In the interim, I soon hope to finish soon a book manuscript on, of all subjects, the Declaration on Religious Liberty and its relevance to the law. When this project is completed, I will ask that the blood transfusions stop. After all, they are only delaying the inevitable. But in the meantime, there is a little work still to be done and many prayers for you and so many others that must be offered. So, borrowing from Pere Jean in the 1987 French film, Goodbye, children!, I offer my own Au revoir, mes amis! À bientôt! [Goodbye, my friends! See you soon!]