The 100 Most Influential People In Tax And Accounting 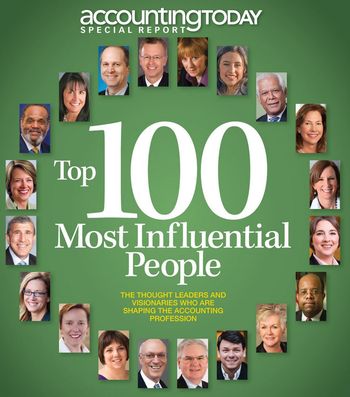 I am honored to be included on the list of Accounting Today's 100 Most Influential People in Tax and Accounting for the tenth year in a row:

In the years since Caron was one of the few pioneering tax bloggers, a veritable host of others have sprung up, but none can match his authority, his comprehensive approach, or his willingness to doggedly, persistently pursue the long-term unfolding of the scandal around the IRS's targeting of conservative groups.

Accounting Today also quoted me in a sidebar on "The Quest for Work-Life Balance":

I fear that I have achieved work-life balance because work is my life! But seriously, it is a gift to be able to do a job that you love, so that the time you spend does not feel like “work.”

I am flattered to be on the Top 100 list with such high-powered people in the tax and accounting worlds, including: