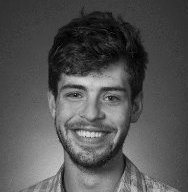 Our method consists of an ownership network and a sequence of transactions, which outputs the likelihood of conducting an audit, and requires no prior tax return or audit data. We adjust audit procedures for a new generation of evolved tax evasion schemes by simulating the gradual change of tax evasion schemes and audit points, i.e. methods used for detecting non-compliance. Additionally, we identify, for a given audit scoring procedure, which tax evasion schemes will likely escape auditing. The approach is demonstrated in the context of partnership tax law and the Installment Bogus Optional Basis tax evasion scheme. The experiments show the oscillatory behavior of a co-adapting system and that it can model the co-evolution of tax evasion schemes and their detection.