What you see is not what you get when it comes to law school tuition. In fact, the average law school discounts its published tuition price by an estimated 25 percent through grants and scholarships, according to a detailed analysis by preLaw magazine.

Here are the private law schools with the 20 biggest tuition discounts: 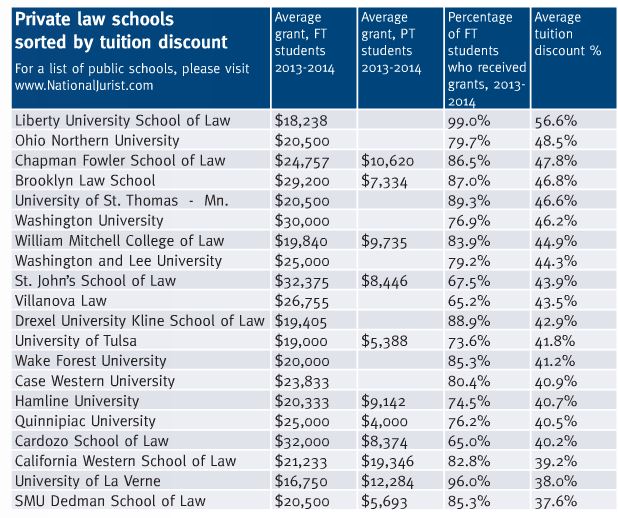 preLaw magazine analyzed grant and scholarship data from the ABA, dating from the 2011-12 academic year to 2013-14. The ABA makes available the number of scholarships per school, the percentage of students receiving scholarships and the median scholarship amount. For 2013-14, the data included the scholarship amount at the 25th and 75th percentiles for the first time, which allowed preLaw to estimate an average grant amount. With an average, preLaw then determined the average tuition discount per school.

This makes me want to go to law school all over again and make the same mistake I did 25 years ago. Just did my taxes. I netted 34k in 2014.