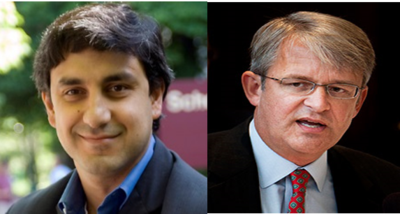 Fiscal policy plays only a minor role in the concept of a New Deal “order” as developed by Steve Fraser and Gary Gerstle. But their essay collection grows out of a broader historiography that minimizes the substantive importance of New Deal taxation, treating the issue as a vehicle for symbolic politics rather than substantive reform. In fact, taxes were a crucial element of the New Deal order — and one of its most powerful and durable legacies.

This paper will explore the tax elements of the New Deal order, rooting them in a much older tradition of fiscal reform. We argue that Roosevelt-era policies were part of a long tax regime stretching from the late 19th century to the early 1980s. Defined by a commitment to progressive taxation in general and the income tax in particular, this regime survived the conservative ascendancies of the 1920s and 1950s. Indeed, both were periods of consolidation rather than challenge for the progressive regime.

Drawing on the authors’ respective studies of World War I and World War II, the paper acknowledges the importance of exogenous crises in shaping the development of fiscal policy. But the paper also emphasizes the importance of less exigent factors, including both ideas and institutions. The intellectual element was especially powerful, posing a challenge to the prevailing power structures of American capitalism, including individual property rights and corporate governance. New Left historians like Robert Stanley and Mark Leff have treated progressive taxation as principally symbolic – and supportive of the economic status quo. But the paper argues that it is hard to reconcile that view with the bitter opposition of the business community and conservative political leaders. Indeed, an appreciation of the disruptive power of progressive ideas helps explain why taxes have loomed so large in the political debates of the last century.