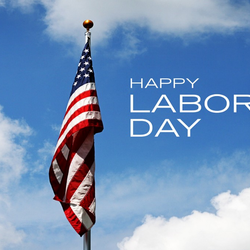 [Y]ou may want to ponder the hot “labor” issue of the moment — the minimum wage and its alternatives. ... Many economists argue that an increased Earned Income Tax Credit is a better way to support the working poor.   For example, in The minimum wage versus the earned income tax credit for reducing poverty, Cornell University economist Richard V. Burkhauser states:

Introducing or increasing a minimum wage is a common policy measure aimed at reducing poverty. But the minimum wage is unlikely to achieve this goal. While a minimum wage hike will increase the wage earnings of some poor families and lift them out of poverty, some workers will lose their jobs, pushing their families into poverty. In contrast, improving the earned income tax credit can provide the same income transfers to the working poor at far lower cost. Earned income tax credits effectively raise the hourly wages only of workers in low- and moderate-income families, while increasing labor force participation and employment in those families.

Even if the waste and fraud problem could be solved or overlooked, a properly-functioning EITC is still a poverty trap. The credit phases out as incomes rise, creating a high effective marginal tax rate on each additional dollar earned by a low-income family. It provides help at low income levels, but it discourages improving those income levels. 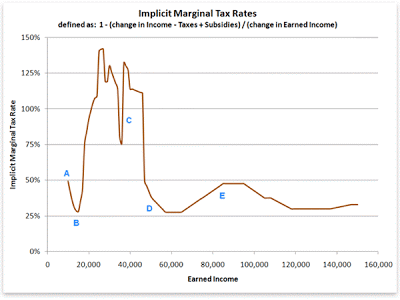 Any welfare program that aims to be both generous and affordable will create this poverty trap. That's the math.