University of Denver's law school could have to pay $1.2 million in damages to its female faculty members

The federal commission that investigates discrimination in the workplace has threatened to sue the University of Denver's law school over what the commission calls a "continuing pattern" of paying female professors less than their male colleagues.

In a letter sent to the university on Friday, the director of the Equal Employment Opportunity Commission's office in Denver wrote that an EEOC investigation found a gender pay gap among the school's legal faculty dating back to at least 1973. The commission concluded that the university knew about the gap by 2012, "but took no action to ameliorate this disparity, in effect intentionally condoning and formalizing a history of wage disparity based on sex." 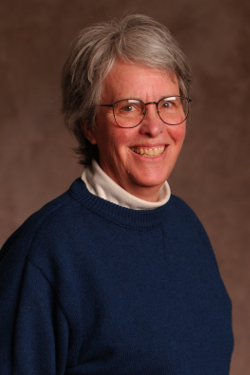 The EEOC's investigation came after longtime DU law school Professor Lucy Marsh filed a complaint with the commission more than two years ago. Marsh's attorney on Monday provided a copy of the letter to The Denver Post.

Marsh said the law school could have to pay as much as $1.2 million in total damages to its female law professors, in addition to paying them salaries going forward equal to what their male colleagues in similar positions are paid.

"I think it's wonderful," Marsh said Monday. "I am delighted that the EEOC has seen this as a big, systematic problem, and they are going after the big problem."

In a statement, the law school defended its merit-based pay structure and blamed Marsh for her lower salary, saying she showed, "sub-standard performance in scholarship, teaching and service."

"In this era of cost containment and assessment we stand by our historical system of evaluation and merit pay," DU's chancellor, Rebecca Chopp, said in the statement. ...

The university hired a consultant to evaluate the law school's pay structure in 2014. According to the university's statement, the consultant concluded there is no evidence that gender plays a role in setting pay and that pay disparities result from a combination of a professor's rank, duties, age and performance scores. ...

These types of disputes have taken on a different flavor now that they often feature women on both sides. It is also hard to disentangle discrimination (implicit or explicit) versus genuine merit-based evaluation.

I estimate that in the future (20 years, 30 years) males will only comprise about 33% of the legal academy anyway. At least if the hiring trends that I have observed are representative. It will be interesting to see how this change in ratio will change law schools, if at all.

I think this is common although rarely from intentional discrimination. I've personally observed that many women lose raises, promotions,etc. during maternity or similar leaves and never catch up, even when their accomplishments would merit it. I don't know this particular school but it doesn't surprise me.