Tax Court Petition: Can Boston Bruins (And Other Pro Sports Teams) Deduct 100% Of Meal Expenses At Away Games; Is Hotel A Team's 'Business Premises'? 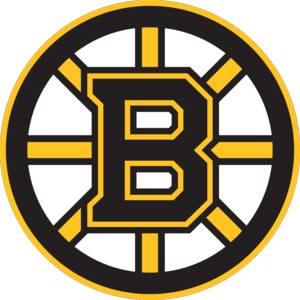 At issue is whether the Boston Bruins hockey club may deduct 100% of the costs it incurred to provide its players and staff with meals while travelling to away games. The case poses the IRS and Tax Court with some fairly interesting questions concerning the deductibility of employee fringe benefits. ...

And, although it is not clear on the face of the Bruins’ Tax Court petition, I think it is this employer operated eating facility exception that the Bruins are going to rely on to argue that the meals are 100% deductible.

For these purposes, whether a meal meets this employer-operated eating facility exception boils down to whether it satisfies two prongs: First, the Bruins must furnish the meals on their “business premises.”  Second, the Bruins must provide the meals for “the convenience of the employer.”

Considering the first prong, the Bruins appear to argue in the petition that the hotels at which they eat while at away games are the team’s business premise. ... Most obviously problematic about this argument is that hotels are not traditional business premises. Yet the team makes a fairly compelling argument that, here, the nature of its use of the hotels renders them its business premise. Namely, the team cites its business-oriented reasons for staying at the hotel, which it describes as the team’s “base of operations,” including to maintain curfews, carry on club meetings, provide physical therapy and medical treatment and as a place to conduct “business meetings,” including strategy meetings and video sessions.

The team meantime appears poised to try to argue that it meets the second prong—that is, that the meals are provided for the convenience of the employer—by citing a series of noncompensatory business reasons it has for providing them. It appears to argue to this end in the petition that the pre-games meals, and associated mandatory meetings, serve “as a necessary component of the Bruins’ hockey operations,” that “are critical to each Bruins player’s job and to the club’s ultimate purpose of playing, and winning, professional hockey games.”

While the tax filing by the Bruins is interesting from a business standpoint. Although the IRS could argue that teams' game facilities constitute to a business location and therefore deductible, however in my experience I've seen team meetings being held in hotels prior to game day- Several years ago I saw the Carolina Panthers holding meetings among specialties throughout the hotel (mainly in conference rooms) in Jacksonville. There were even players studying game plan and meeting with the coaches.
I would argue that Bruins would fall under that category because meetings are usually held in hotels prior to game day.
Let's see what the Tax Court decides.

THAT WOULD MAKE ALL OF THE MEALS AT BUSINESS RETREATS 100% DEDUCTIBLE.

If the taxpayer prevails, it would seem that any off-site meeting at a hotel by a business would also meet the same requirements.

That's a really interesting argument. I was under the impression that teams provided allowances to players that cover their meals, etc while traveling. I assume that the team is directly paying for the meals provided at the hotel?