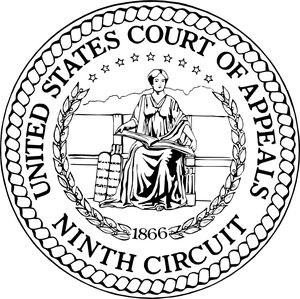 is kind of ironic for the Ninth Circuit, which played such a big role in advancing marriage equality, to be issuing a decision that discourages registered  domestic partners from marrying. That is an effect of the decision in the case Bruce Voss and Charles Sophy vs. IRS, although I imagine it is an unintended consequence.  It almost seems as if the Ninth Circuit  has instituted that conservative trope — special rights for homosexuals — with this decision. Closer analysis would show it would be more like special rights for homosexuals and geezers. ...

Thanks to the Ninth Circuit’s recent decision, there is now a new marriage penalty for couples with large mortgages.  The amount of the penalty depends on how much the mortgage exceeds $1.1 million, its interest rate and the marginal tax rate of the taxpayers.  My back of the envelope computation would put the maximum penalty at not a lot more than $20,000. ...

A committed unmarried couple who did some serious planning could really go to town exploiting the fact that they are considered unrelated for federal income tax purposes.

Couples who choose not to marry just got another big tax break.

A recent major decision by the Ninth Circuit Court of Appeals in California allowed two men who jointly owned two pricey homes, one in Beverly Hills and another in Rancho Mirage, each to deduct the interest on $1 million of mortgage debt plus $100,000 of home-equity debt on their individual tax returns.

The men, noted psychiatrist Charles Sophy and investor-relations executive Bruce Voss, were registered domestic partners during the period covered by the case but weren’t married.

Remember also that while the income tax has many marriage penalties, the gift and estate tax has significant marriage bonuses. For example, spouses can transfer assets between themselves without incurring tax, and surviving spouses can pick up the unused portion of their partner’s $5.43 million estate-tax exemption.

“People shouldn’t stay unmarried to save tens of thousands of dollars of income tax when it could cost them hundreds of thousands or even millions in estate tax,” says Mr. Graetz.

Our tax law reaches toward three goals: (i) to tax higher incomes at a higher rates than lower incomes; (ii) to tax the incomes and expenses of married couples equally in cases where the respective couple’s incomes and deductible expenses are the same; and, (iii) to provide no tax incentives or tax disincentive to marry. Because only 2 of these 3 goals can be achieved at one time, these goals together are only approximately achievable.

Only a law professor could talk about the gift and estate tax as a huge boon to married couples. The vast majority of Americans (99%+) can already transfer their estate tax free with the exemption of 5-6+ million. So this discussion of using the spouse's exemption might affect 10,000 to 20,000 1%er couples max.

On the other hand there are major downsides including mean-tested welfare, home mortgage deduction, taxes in wealthy brackets, student loan income based repayment and many more- that actually adversely affect the 99% of taxpayers.

I'm unmarried & happy about this huge break. To say, "Special rights to homosexuals" is ignorant. Same sex marriage isn't gay privilege or special rights, it's equal rights. Special rights would be something like gay people not paying taxes. Like churches don't.