A Death In Our Church Family 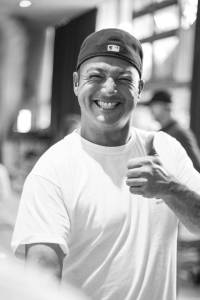 Al Sturgeon, Dean of Students at Pepperdine and one of my favorite people in this business, has written this moving tribute on the death of a member of our church family:

Reverend James Forbes once said that nobody gets into heaven without a letter of reference from someone who is living without, and for many in our congregation Shawn was the first person known well enough to approach for a recommendation.

Shawn’s struggles left him without a home, something he openly shared on stage via microphone, but he destroyed the homeless stereotype. He didn’t look/smell/act/speak like anything in the brochures. Shawn hugged us, swapped stories with us, handed us bulletins at the front door, shared his life with us, and knew and remembered us by name.

The news of Shawn’s death took some wind out of me. I have experienced the loss of many people and as a former professional minister had a front row seat to the terrible specter of death on far too many occasions, but to me there is something different about losing Shawn. The loss is not inexplicable or particularly unusual, but it is its own special kind of sad.

In one way, the sadness is reminiscent of the world losing a John Belushi or Robin Williams, who brought such joy and laughter to the world that the exchange felt a little lopsided given their personal demons. Similarly, Shawn’s charm was a great gift to many, but I wish we could have returned the favor in the ways that he needed most.