Soled & Gans: Asset Preservation And The Evolving Role Of Trusts In The 21st Century 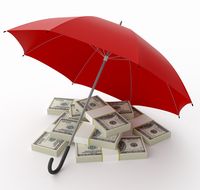 For the vast majority of the twentieth century, trusts served two pivotal roles. The first was as a vehicle to help mitigate federal and state estate tax burdens, the rates of which could be quite significant. The second was to assist in asset preservation, safeguarding trust beneficiaries from their profligacy, former spouses, creditors, and the like.

At the start of the twenty-first century, Congress passed legislation that curtailed the impact of the federal estate tax, and many state legislatures have followed suit, either eliminating or significantly reducing their estate taxes. As a result of these legislative changes, trust instrument reliance to mitigate transfer tax burdens is no longer a commonplace objective. Instead, the role of trusts has shifted entirely toward asset preservation, buoyed by state legislative reforms that facilitate fulfillment of this role.

However, state legislative reform measures that are designed to strengthen the asset preservation element of trusts are replete with problems. In particular, they drain government coffers as they pit states against one another and the federal government; furthermore, insofar as they promote an aristocracy-like environment (where wealth cascades down from one generation to the next), they thwart economic mobility, an essential component of our nation’s financial fabric. Using three specific examples of states’ aggressive efforts to attract trust formation within their borders, this analysis demonstrates the shortcomings associated with the evolving role of trusts in asset preservation and its corrosive effects. Because too much is at stake for this role to be left unchecked, this analysis recommends several viable reforms.