Microsoft, IRS Square Off In Court Today: 'The IRS Claims It Has No Money To Answer Its Phones, Yet Can Pay Millions To Hire Private Lawyers' 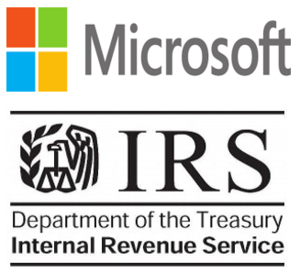 Microsoft and the federal government have squared off in court over the years, and this week another high-stakes match is in the offing, this time involving the Internal Revenue Service.

The case is part of the IRS’ campaign to ensure that U.S. companies, particularly those in the tech sector, follow the law when they make moves involving overseas subsidiaries that have tax consequences. Such practices have been the subject of congressional hearings and are a hotly debated political topic.

At issue in the case, to be heard Tuesday in U.S. District Court in Seattle, is a long-running investigation into whether the Redmond company improperly shifted software code worth billions of dollars offshore in a way that illegally evaded its U.S. tax bill.

The IRS in court papers says it’s examining intracompany deals Microsoft struck a decade ago with subsidiaries in Bermuda and Puerto Rico that had billions of dollars of impact on the company’s taxable income. The investigation is among the highest-profile examples of the tax agency’s effort to scrutinize overseas tax practices by U.S. corporations.

Microsoft, on the other hand, portrays the audit as an example of government overreach and abuse of power. The IRS, Microsoft’s lawyers say, has dragged the probe out for years without delivering a final estimate of whatever taxes it thinks Microsoft owes. Microsoft also accuses the IRS of violating the rules of its own process.

The two sides take to district court this week in a preliminary hearing to argue over whether the tax agency overstepped its bounds when it hired Quinn Emanuel Urquhart & Sullivan, a Los Angeles business-litigation firm, to assist in the audit of Microsoft’s books.

Microsoft argues that the IRS improperly delegated a governmental function to outside lawyers, while the government contends the deal was a legal use of outside help for a complex investigation. ...

“The IRS is adopting extraordinary measures to combat Microsoft, above and beyond what you’d usually see,” said Andy Grewal, a law professor at the University of Iowa. ...

Stuart Bassin, a lawyer who formerly worked as a tax attorney with the Justice Department, said the $2.2 million contract to hire Quinn Emanuel was unprecedented. “It’s just never been done with anything that mattered before,” he said. “We’ve got a government [agency] that claims it can’t answer the phones, and is paying millions to do stuff” it can do with its own lawyers. ...

“It’s not obvious to me that Apple or Microsoft owes the U.S. anything for its active business operations in Europe, South America, and so on,” Grewal, the law professor, said. “The hard part is when they create something here in Redmond and shift it offshore. That’s where the [IRS’] concerns come into play. But the mere fact that they’re making money offshore doesn’t make them a bad corporate citizen.”

Of course, if the IRS wins, surely it will realize more than the costs involved. Is that not a good thing?

A typically obtuse comment by a reliable apologist for the bureaucrats. The point is that the IRS, like most government agencies, blames lack of funding for its inability to perform its core functions, yet never seems to lack funds for the pet projects of its own.

IMHO, It does make them a bad corporate citizen if they manipulate the R&D tax credits in the USA for development of the software, then they shift the software elsewhere to avoid the taxes on the income it makes.

@Publius: You might want to dig deeper into this. Think about it. After all the hiring the IRS has done over the last generation, admitting IRS counsel is incompetent is one heck of an admission. Is it possible the leadership of the IRS doesn't have a clue as to what is going on?

Because conservatives cheer private instead of government, we're supposed to applaud private in addition to government? Seems like somebody is desperately trying to change the subject away from an out-of-control federal bureaucracy that claims poverty one moment and fritters away millions the next.

You're adorable, PN. Don't ever change.

Normally, conservatives want almost all government functions privatized or contracted to the private sector. Except when they don't.