Light At The End Of The Law School Tunnel? 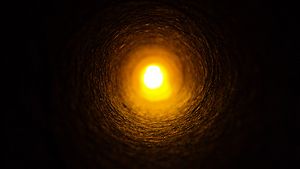 The June 2015 figure is even more impressive because it reflects a whopping 10.9% increase in first time LSAT takers from June 2014.

LSAT also reports that law school applicants are down only 2.0% for the Fall 2015 entering class (which represents 97% of the preliminary final applicant count):

Beyond the large and continuing drop in high-scoring LSAT applicants, as other posters have noted, let us not forget that our Republican-majority Congress has plans afoot to 1) repeal PSLF, 2) repeal PAYE in favor of IBR, and 3) cap grad school loans at $150,000. Heck, even President Obama's REPAYE proposal would tack on another 5 years' of repayment to every law school grad on PAYE.

The light at the end of this tunnel is a freight train coming your way.

Not what I was expecting, but ok. I’ve never actually understood the decline in LSAT takers. Taking the LSAT is a very low-risk step in the process. If you’re interested in law, why not take it and see how you perform and what your likely options are. Applying is a slightly bigger commitment with all the application fees, but still relatively minimal in the big picture. Enrolling is a whole different matter. That should only be done with great caution.
Regardless of my thoughts, I respect this metrics as a harbinger of the interest in law school. Seems to be on the upswing.
Now the subject of interest is quality of applicants. Top applicants (high lsats, strong underads) are down huge this year. What about next year? This group is hard to fool. They don’t just dive head first into shallow water like the mediocre applicants. They also have better options out of undergrad, thus more to lose. I think we will see further declines the most elite applicants (3.7/172+). These applicants will typically only entertain the idea of going to top 10 schools, but the tuition is too high to make even that proposition lucrative. The decline in semi-elite applicants (3.5/163+) will even out the landscape between the T15-T50. The traditional T20 will simply not be able to obtain a class profile that is significantly better than the rest of the T50.

The turnaround will be driven by compensation and job opportunities, which still lag. The race to the bottom means that the quality and (gasp!) prestige of this profession are eroding. If you don't have status, quality or money, why do it?

And for the S&M argument, this profession is not worth getting into for an extra $1mm on average, were that even true, which it is not. If you crunch the numbers, it works out to an extra $8 to $10 grand per year after financing costs, historically. And there is reason to believe that it will not hold true prospectively.

This job is not worth the headaches and stresses for an extra $800 per month.