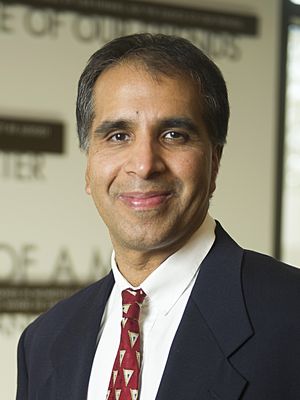 The University of Illinois has named Vikram David Amar as the next dean of the College of Law, pending approval from the University’s Board of Trustees at their July 15 meeting. Amar will assume the deanship, and also become the Iwan Foundation Professor of Law, on August 16. For the last several years, Amar has been the senior associate dean for academic affairs and a professor of law at the University of California, Davis School of Law. ...

During his seven years as associate dean at UC Davis, Amar has been extensively involved in faculty hiring, tenure, and promotions; clinical programming; admissions; career services; and curricular development. In addition to teaching at Davis, Amar has been a professor of law at UC Hastings and a visiting professor of law at UC Berkeley and UCLA.

Amar is a national authority in constitutional law, federal courts, and civil procedure. He has written a number of books and scores of articles in leading law journals. He is the co-author of a one-volume civil procedure treatise and is also a co-author on several volumes of the Wright & Miller treatise on federal practice and procedure. He writes a biweekly column on constitutional matters for justia.com, is a frequent commentator on local and national radio and TV, and has penned dozens of op-ed pieces for major newspapers and magazines.

This is a wonderful hire for Illinois, a big loss for Davis.