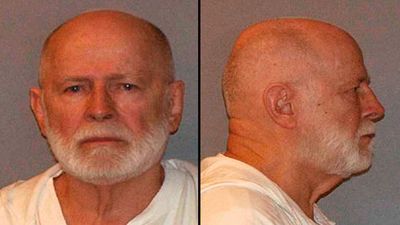 James (Whitey) Bulger, the former Boston crime boss, has offered advice for three high school girls who wrote to him for a history project: Crime does not pay.

Mr. Bulger sent the handwritten letter, dated Feb. 24, from the federal prison in Florida where he is serving two life sentences, The Boston Globe reported Sunday.

“My life was wasted and spent foolishly, brought shame and suffering on my parents and siblings and will end soon,” he wrote.

“Advice is a cheap commodity. Some seek it from me about crime. I know only one thing for sure: If you want to make crime pay go to law school.”

Mr. Bulger, 85, was convicted in 2013 on racketeering charges that included playing a role in 11 murders. He spent 16 years as one of the nation’s most wanted fugitives before he was captured in California in 2011.

Law School! Endorsed by law professors and now Whitey Bulger! Seats are not limited, so apply whenever.

- The Real Unemployed Northeastern, not the doppleganger who just got permanently banned from editing on Wikipedia (ha ha!)