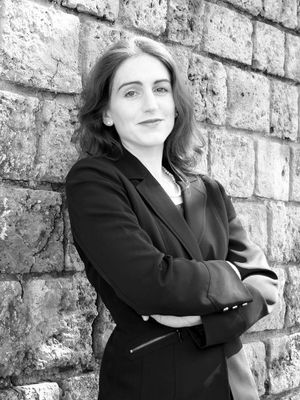 In recent months, U.S. mainstream media outlets have warned that a Puerto Rican bond default is forthcoming, and that the ripple effects will be felt by all U.S. investors. Journalists have editorialized the Commonwealth's struggles from a variety of angles, such as by hinting at an overly entitled workforce and calling for reforms that would reduce retirement benefits for workers. Meanwhile, other observers pinpoint highly technical U.S. tax policies-such as the now-repealed possessions tax credit for U.S. corporations investing in Puerto Rico-that are believed to have propped up the island economy for decades.

According to the dominant narrative, the U.S. government implemented these policies in an effort to stimulate American investment in Puerto Rico and improve economic opportunity in the Commonwealth. Then, as the U.S. government necessarily scaled back these generous initiatives – most notably by phasing out the possessions tax credit between 1996 and 2006, Puerto Rico increasingly turned to the debt markets to fund general obligations. Most such accounts further note that because the U.S. graciously extends to Puerto Rican bonds the privilege of triple tax exemption, the Commonwealth has been able to borrow heavily at below market interest rates. Of course, implicit within the dominant narrative of U.S.-Puerto Rican economic relations is a sense that the island territory has never been able to stand on its own, even with ample support from the U.S. treasury and American capital markets. In essence, Puerto Rico is characterized as an undisciplined and highly dependent island economy that has made little use of generous U.S. tax and economic policies to stimulate business. Instead, Puerto Rico is accused of taking the easy way out, mostly by racking up cheap debt from American creditors to fund a bloated public sector and a lavish tropical lifestyle.

More specifically, U.S. tax policies with respect to Puerto Rico are persistently portrayed as generous and benevolent, while Puerto Rican tax and economic policies are portrayed as grasping and even guileful. For instance, some observers suggest that Puerto Rico has refused in recent years to institute necessary austerity measures; instead, it has reinvented itself as a tax haven for wealthy U.S. citizens in a desperate attempt to lure American capital to the islands, at the same time depriving Uncle Sam of its rightful due. Indeed, a highly publicized recent report even accuses Puerto Rico of helping itself to a so-called back-door bailout from the U.S. treasury in the form of ever-increasing local corporate income taxes that can be credited by U.S. firms against their federal income tax liabilities.

Notwithstanding these portrayals of a fiscally irresponsible government and people, history suggests a very different explanation: it may be that Puerto Rico has not simply chosen to shirk in the face of steadfast U.S. assistance; rather, the Commonwealth's present difficulties may be the result of nearly a century of expansionary fiscal and monetary U.S. policies. These policies have been primarily manifested in U.S. tax laws, taking the form of national legislation to which Puerto Ricans are subject even though they lack voting rights and full, democratic representation in Congress. In particular, history suggests that U.S. tax policies in Puerto Rico have not been benevolent attempts to stimulate the Commonwealth's economy; instead, they reflect congressional efforts to make available a domestic tax haven so that American capital might remain competitive globally without expatriating. In essence, the federal government has, for nearly one hundred years, practiced an understudied form of economic imperialism in Puerto Rico. Using the Tax Code to force Puerto Rico into a subservient role with respect to U.S. corporate and financial interests, Congress has deprived Puerto Ricans the ability to choose their economic path, thereby undercutting the Commonwealth's right to self-govern while also crippling local enterprise. The consequences of this longstanding tax haven status continue to plague the Commonwealth, impairing its revenue-raising abilities, causing significant operating deficits that threaten the government's ability to perform critical public functions, and ultimately forcing it to borrow heavily to meet general obligations. When considered in historical context, even those recent efforts by the Puerto Rican government to attract wealthy Americans through generous local tax incentives no longer seem to reflect a deliberate and organic decision to compete on the basis of tax policies; rather, they suggest a growing realization that the Commonwealth's taxing power has been permanently crippled by U.S. tax policies. As a case study, the Puerto Rican story demonstrates how U.S. tax laws can serve as conduits for a more complex and far reaching process of economic imperialism. 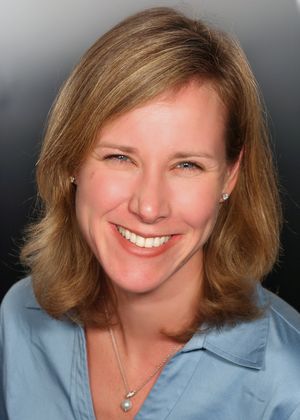 In law, a safe harbor describes behavior that will not be penalized, and leaves other facts that fall outside the safe harbor to be judged case-by-case. A sure shipwreck, as I call it, is the mirror image. It describes behavior that violates the law as a matter of rule, and leaves other conduct to be judged by a standard. Prior literature analyzes rules and standards at length. But it has largely missed safe harbors and sure shipwrecks, even though these hybrids are everywhere in statutory, regulatory and case law.

The analysis in this Article reveals that safe harbors and sure shipwrecks produce asymmetrical incentives. Safe harbors encourage those affected by them to converge on the safe harbor boundary from both directions. Sure shipwrecks encourage bunching immediately on the compliant side of the sure-shipwreck boundary as a result of the incentive to move out of the noncompliant space. Ex ante versus ex post costs, overinclusion and underinclusion risks, and interest group influence are some of the considerations that affect safe-harbor and sure-shipwreck policies.

Two great papers! Congrats to both.